HomeAsiaStardom Released Official Statement Against Lawsuit by Block B
Asia

Stardom Released Official Statement Against Lawsuit by Block B 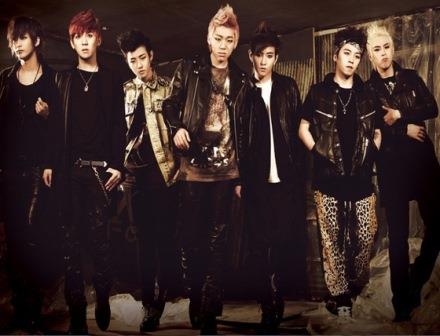 Stardom Released Official Statement Against Lawsuit Filed by Block B: Stardom Entertainment finally has broken their silence with the issuance of an official statement regarding the lawsuit which was filed by Block B, in which the requests for the nullification of their contracts has asked.

Through a press release sent to media outlets, the agency stated the following:

Hello, This is Stardom.

We are sorry to greet you with this kind of situation during the beginning of the New Year. We wanted to offer an explanation as a part of what has been reported is false.

– On the issue of not being paid

In the contract, when there is an earning, the pay was supposed to be made on the 25th of every month. However, starting from April of 2011 to October of the same year, there was not a single earning during those 6 months, and thus, during then we could not pay out every month.

We want to make clear at this point that although the pay was scheduled to be issued out every month in the original contract, when the members’ parents visited in March of 2012, we settled to change the pay schedule from every month to every three months.

Mr. Lee, who was first hired as a manager, falsely used the name of ‘CEO’ by forging documentation and it is true that he swindled money from some of the members.

The agency belatedly learned of this, and at the the time, the members’ parents decided to hold off on pursuing legal action as they were concerned about bringing harm to Block B.

Another victim of Mr. Lee has filed against him and the police are looking for him, we at Stardom are hoping that Mr. Lee will be caught soon.

The individuals who helped Mr. Lee during his fraudulent deeds are no longer with the agency and are putting the blame on the agency who is managing the Block B members. Regarding this we will be taking legal action [against the individuals].

– On the issue of the lack of broadcast appearances

After much preparation by Stardom, in February of 2012 Block B made a comeback; however, while in the midst of active domestic promotions, due to the incident that happened at the Thailand interview, [the members] had to go through an eight month reflection period. Because the members weren’t able to make as many broadcast appearances after then, it seems the members of Block B are holding a grudge against the agency.

Stardom has also experienced difficulty during that period, and after working hard so that Block B could promote again, we were able to have them return to broadcast.

– On the existence of individuals behind Block B

We cannot help but lament as we have confirmed that there exist individuals who are encouraging and controlling the members behind this situation of requesting for the nullification of their exclusive contract when we have tried our best to provide even the smallest earnings to our agency artists, and cannot help but lament.

The individuals have purposely used the issue of pay to block the communication between the agency and the members and their parents, and have created mistrust towards Stardom; and we were able to learn from conversing with the members and their family recently that these individuals, who have done wrong while they were working within Stardom, have put all the blame on the agency.

– On our future course of action

To communicate with the Block B members, we sent over documents to their homes during the end of the year, and while preparing to meet them this afternoon, we learned of the lawsuit requesting for the nullification of their exclusive contract through articles on the internet. Despite that, Stardom promises to try our best to resolve the misunderstanding between the agency and Block B.

We will try our best so that we can greet you with better news. Thank you.