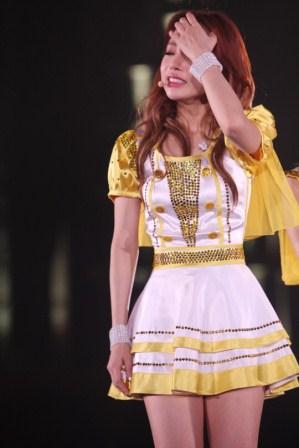 Kara Cried At Tokyo Dome Concert Before 45,000 Japanese Fans, Over the scandal and difficulties, the girls still standing and still outstanding success. KARA held a successful concert at the Tokyo Dome, becoming the first Korean girl group have their own show at the place of dreams. 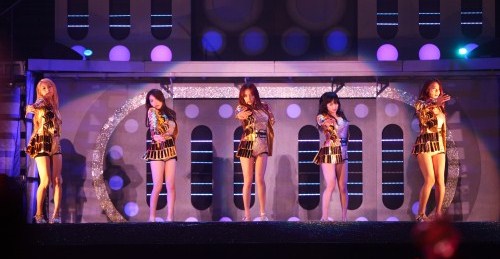 Entitled KARASIA 2013 Happy new year in Tokyo Dome concert is testament to the outstanding success of KARA in Japan after all the scandals and difficulties they have experienced in the last year. To the cheers of more than 45,000 fans, the members burst into tears of happiness.

KARA fans end up as the end of the first performance for the song Pandora. In the next three hours, the girls were all alone on the stage with the Speed ​​Up, Jumping, Dreaming girl … The girls also surprised fans when performing Lupin, Step and Let it go in Korean. 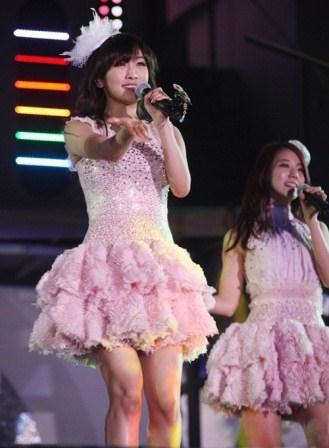 Solo concert of a band indispensable individual item type, showing each member. With the help of a band, Goo Hara has played drums, guitar and I love rock n roll. Han Seung Yeon breeze soulful vocals with Strong enough. She also shared her situation has led her to be a singer. During a concert with you, Seung Yeon discovered she wanted to be an artist. At this moment, standing on the stage, Seung Yeon still feel everything like a dream.

As close to an end, the members of KARA increasingly feeling overwhelmed, especially Han Seung Yeon. She’s shy Kara said, three days before, she had dream nightmare KARA concert will not succeed.

Speaking of this, Seung Yeon began to cry: “I was very nervous but you have to a large and cheering for us. Thank you very much.”

Nicole did not hold back tears: “I can not believe it. I still worry, but also very happy. ‘Love you is our energy to the next step.” 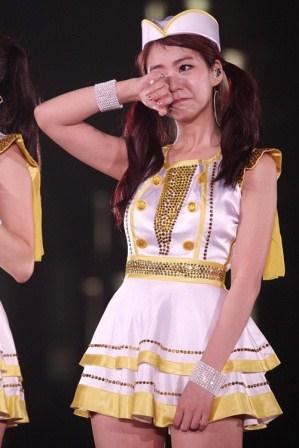 “Thank you very much for everything. KARA and their fans are like two wheels of a bicycle. We need you to be able to move on,” Kang Ji Yeon emotion.

Seung Yeon: “Tokyo Dome has always been our dream since debuting in Japan. I will never forget today. We will always do my best.”

Beautiful leader Gyuri said: “Concert this can happen because of our fans. Thank you.”

No thanks practical than the great stage performances from the girls. Kara gave the audience that day more 4 u Rock performances, Girls be ambitious, SOS and Mister.