Photo Alvin Tan Jye Yee And Vivian Blog Scandal: NUS Law professor was charged in court for obtaining sexual gratification from his student in exchange for better grades, NUS Law Faculty is hit by another sex scandal again. On the site “Sumptuous Erotica”, Alvin Tan Jye Yee and Vivian Lee said they love posting about their sex life on the web “for everyone to enjoy” and that they upload only self-made content.

The 23-year-old Malaysian known as Alvin previously studied at Raffles Junior College. His girlfriend Vivian, also 23, is a graduate from a university in Malacca. 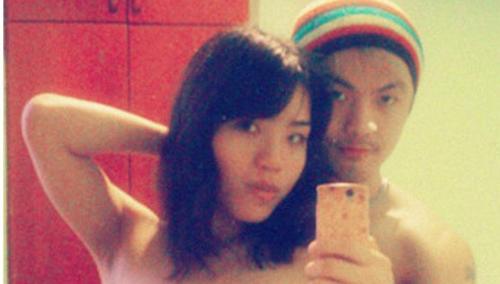 Alvin Tan Jye Yee, a National University of Singapore (NUS) law scholarship holder from Malaysia found himself in the spotlight for posting sexually explicit photos and videos of him having sex with his girlfriend on his blog, one of which featured him ‘poking’ her in doggie style in a public toilet at night.

National University of Singapore law scholar Alvin Tan Jye Yee told Yahoo! Singapore on Tuesday afternoon that he has taken down his joint sex blog with his girlfriend “because there’s been too much trouble for this and we want to stay out of trouble“.

He said that his friends who have read an article from The Straits Times quoting a lawyer as saying Tan could face charges for breaching the Films Act for the explicit videos do not agree with that lawyer.

“I don’t think I’m in any legal trouble,” he averred. An ex-classmate of Tan from junior college was not surprised by the NUS student’s behaviour. “He was very competitive in class, really smart and outspoken but at the same time eccentric. He was just plain weird so I wasn’t surprised when he came up with the blog,” she said

He had also said he is prepared to face the consequences of posting the sexual content on their personal blog.

Some of the explicit photos posted on the website show the couple’s naked bodies or body parts, and one shows a bloodstained sanitary pad.

In an interview with Yahoo! Singapore on Tuesday morning, Tan talked about why he started the blog and about facing the consequences of his postings.

Speaking to queries from the media, they said that they started the blog, which is not private, because they wanted to “share what they do in private with the world”.

Who is The Most Influential Celebrity in South Korea?