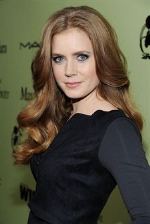 Amy Adams Could Become Janis Joplin: Accustomed their candid girl roles, now we can see Amy Adams in another side, that of super rock star. And not a star either, but a legend in the history of music, Janis Joplin.

The legendary life and career of Joplin will be brought to the big screen by Lee Daniels, director of Precious, Adams wants to have to play the singer. While neither has signed anything yet, it seems that one of the preconditions of the director is to have the young performer, as recorded by The Hollywood Reporter.

Get It While You Can-Take it while you can be the literal translation into Castilian, would begin shooting in early 2013. But Daniels is not the first name that sounds to take the lead of the project.

For years, the biopic on the life of Janis Joplin has been on the table for several production companies with names as diverse as Fernando Meirelles (City of God) or Twilight director Catherine Hardwicke to bring to fruition. In addition, another actress had sounded for the role, Renee Zellweger.

The only thing we know for now is to be an independent film that will revolve around the tormented life of the singer, leaving aside their tumultuous relationship with drugs.

Member of the legendary ‘club 27’ having died of an overdose at that age, as Jimi Hendrix, Kurt Cobain, or more recently Amy Winehouse, Joplin’s life can indeed for a film.

Interpreter and unforgettable songs like Piece of My Heart and Me and Bobby McGee was one of the stars of the counterculture wave of the late ’60s. She also participated in the legendary Woodstock festival, which ended up turning it into a legend.