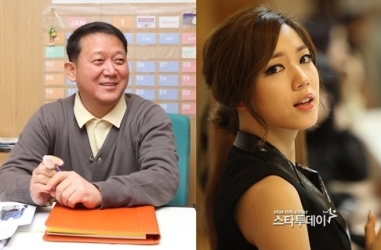 On August 1, representatives from the CCM to tell the press that “Hwayoung and Hyoyoung came suddenly to the CCM office and spoke with CEO Kim Kwang Soo,” and that Kim Kwang Soo told Hwayoung that “when Chae Dong Ha to know him (Kim Kwang Soo) that she left SG Wannabe, he (Kim Kwang Soo) tries to membranous to remain in the group “and that” it is sad when he heard what happened to Chae Dong Ha, because it is a person who worked with her for five years “.

Kwang Soo Kim expressed his grief on the death of Chae Dong Ha was once included under the agency member CCM group, but the real reason why they take this story at Hwayoung still not clear. Because Chae Dong Ha met with a situation that torment after leaving SG Wannabe and CCM, this thing is still unclear how Hwayoung, issued from the company, will give a reaction to this story.

In addition, Kim Kwang Soo said on Hwayoung that “the real world is a cold and terrible. If you change your minds, we can meet again a few days later “. This is different from what it said at the press before, about how it would be difficult for Hwayoung to return to the CCM.

CCM also discloses that “after listening to Kim Kwang Soo, Hwayoung grateful to him because you have been taught in Hwayoung rap when she does not know anything, and that Hwayoung want in her own way“.

Note: Chae Dong Ha is the leader group SG Wannabe ballads (under CCM) until she left the group in 2008 to pursue her solo activity. In May 2011 last month, She was found dead at her home, apparently because of suicide.