Mireia Belmonte Passes 800 Freestyle Final: The first medal of the Spanish delegation at the Games, Mireia Belmonte, has qualified for the final 800 meters freestyle in the Olympic Games in London to sign a time of 8:25.26 and become the second best record in the series, while the swim team captain Erika Villaecija Spanish did not suffer the same fate and has been left out of the final with a time of 8:27.99. 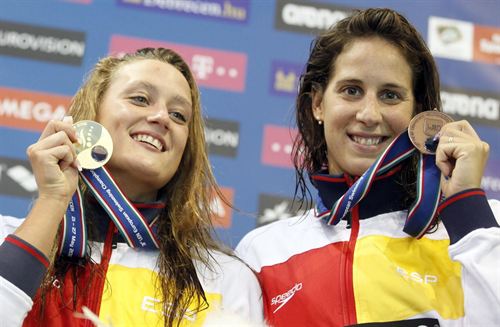 The Badalona, silver in the 200 butterfly, did not seem to acknowledge the effort on Wednesday and signed a very consistent race, increasing their performance in the last 400 meters.

Villaecija, meanwhile was fighting for third place and finished fourth in her series, with insufficient time for the final, and should now focus on the 10-kilometer open water.

Thus, Belmonte will play the finals on Friday at 20.45 with the fourth best record in the semis and the dream of what would be her second medal of these Games