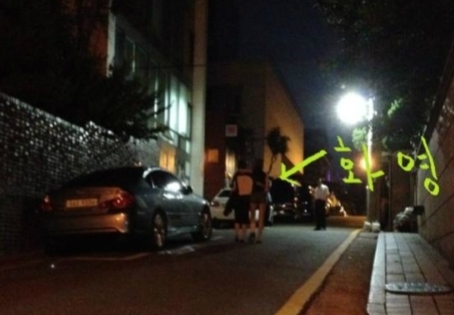 On August 1, the photo above is divided into various online sites and spread so quickly, and even become one of the most searched topic in the search portal.

Someone who took the photos, stating that Hwayoung, who is still suffering from his foot injury, was seen entering the building Core Contents Media accompanied by another man, and was also forced to write a new tweet so get into the office.

However, some are saying that there was no evidence showing that the person in the photo is even Hwayoung or even proof she entered the building.