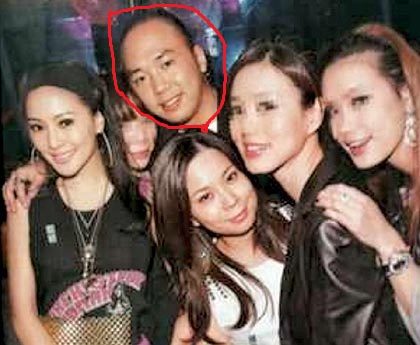 Justin Lee Taiwan Finally Surrendered: Justin Lee (李宗瑞), the suspect wanted for alleged date rape, with different models and actresses finally surrendered to the Taipei District Prosecutors’ Office last night after remaining at large for 23 days since he was placed on the wanted list, according to a spokesman of the prosecutors’ office.

Lee and a woman surnamed Chen surrendered themselves to the Taipei Prosecutors’ Office at 8:35 p.m. yesterday in the company of three lawyers. According to local reports, the woman was allegedly helping Lee by hiding him at her residence in Changhua over the past several days.

Soon after Lee showed up at the Taipei District Prosecutors’ Office, prosecutors started an questioning session, asking Lee about the distribution of the sexual photos, his whereabouts over the past 23 days and whether or not anyone granted him financial support.

In July last year, two girls accused Lee of sexual assault, but he was released by the Taipei District Court due to lack of concrete evidence against him.

This year, Lee was accused of taking sexual photos of various women without their consent. But police didn’t begin their investigation on Lee until discs allegedly containing nude photos of more than 40 models and celebrities were found at his apartment. Lee was placed on a wanted list on Aug. 1 for repeatedly failing to show up for questioning sessions set by prosecutors.

Over the past 23 days, prosecutors and police tried hard to locate Lee by questioning his friends and family members about his whereabouts, as well as blocking all possible channels of financial support to him. Allegedly, even members of the mafia offered a prize of up to NT$5 million for information about his whereabouts.

Two men were arrested on Aug. 18 for allegedly distributing sexual photographs believed to have been taken by Lee. The police seized their computers for future investigations and cautioned the public not to violate the law by distributing the photographs.

Meanwhile, Maggi Wu, a model girl and one of the alleged victims, canceled her press conference scheduled for Aug. 18, and called for the public to cease distributing the photographs.

Just three days earlier, Lee Yueh-chang, Justin’s father, was questioned by prosecutors over his son’s whereabouts, and was released later.

After being released, the senior Lee issued a statement calling for his son to turn himself over to the authorities as soon as possible and to take responsibility for his actions. via China Post