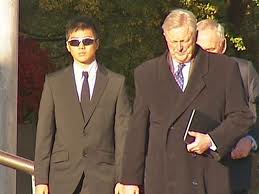 Judge Walker (Lorraine Walker) pointed out that the merits of her listed in court documents are satisfied with the case there is sufficient evidence for a jury verdict.

Police ignoring the resistance of the victim, many times want to tongue out her mouth. The alleged reason why the victims cried out for help, is near the room is vacant, she felt that if shouting will be counterproductive.

Benedict Ang Yong Chuean admit his guilt, saying, “I told her I am sorry.”