Video of Bugis Accident Red Ferrari With Taxi: The tragic Bugis accident which was reportedly caused by a speeding Ferrari trying to beat the red lights has shocked the entire nation with the extent of the damage to the vehicles involved.

THE taxi driver involved in a horrific accident with a Ferrari sports car has died, bringing the number of people killed in the incident to three.

The Ferrari was all crumpled up and the engine of the Comfort taxi was flung a distance away. Such horrific accidents are common in China. 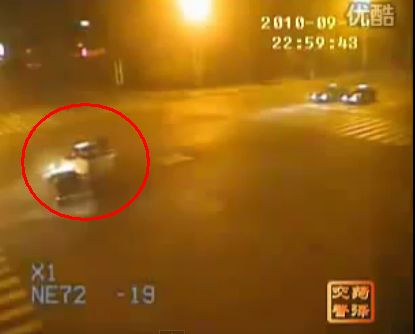 Below is a short video clip taken of the fatal Bugis accident on the morning of 12 May 2012.

It showed clearly that the green light was on when the Comfort taxi was crossing the junction. The red Ferrari driven by PRC ‘foreign talent’ Ma Chi was speeding and beat the red light before crashing into the taxi and causing it to overturn.

According to eye-witnesses, the red Ferrari was speeding to beat the red lights and somehow knocked into the taxi and motorcycle. The PRC driver reeked of alcohol when his body was evacuated from his wrecked vehicle.