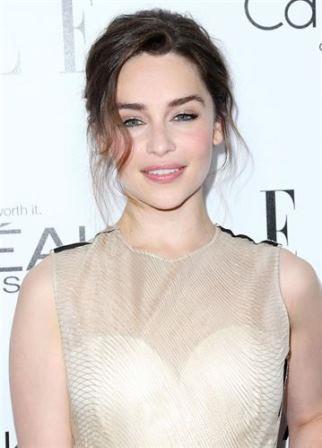 Paramount continues with Skydance Productions and Annarpurna Pictures working on a film that will bring back the legendary cyborg , and already has Alana Taylor as director of the film. The script and is run by Patrick Lussier ( ‘Drive Angry ‘, ‘ Bloody Valentine ‘ ) and Laeta Kalogridis ( Shutter Island ) .

Taylor has directed films like Thor : The dark world, and some chapters of Game of Thrones, the acclaimed fiction which incidentally is the latest addition to Terminator .

Emilia Clarke, known worldwide for having given birth to Daenerys in the famous TV adaptation of the novels by George RR Martin , will play Sarah Connor. A role that has gotten after beating other actresses who also postulated for the role as Brie Larson ( ‘Don Jon ‘) or Margot Robbie (” A matter of time ‘ ) .

Sarah Connor is the mother of John Connor , who grows up to become the leader of the human resistance in the war between humanity and cyborgs.

What is currently unknown is the actor who will play John Connor in the film. According to The Hollywood Reporter, it looks like it could be Jason Clarke ( ‘The Great Gatsby ‘ ), who is in talks to give life to the character.

On the plot of the film all that is known is that include time travel and Schwarzenegger ‘s mission will be to protect Sarah Connor from her childhood .

In addition , few days ago we knew that Jean -Claude Van Damme also wants to be in the next Terminator movie . Thus, the Belgian actor is postulated as one of the protagonists of the new installment of the sci-fi saga again feature Arnold Schwarzenegger.

But it is not only on the big screen where Terminator rise. Fox is already working on a new television adaptation will return to the small screen to bring the world of lethal cyborg .

New fiction come to the U.S. network after that, in 2008 , issued Terminator: The Sarah Connor Chronicles series focusing on the character of Sarah Connor, who gave life – Lena Heady and before you see the light this new film of the renewed series.

This new series will start from a defining moment in the first film seen Terminator , James Cameron who directed .

The fifth installment of Terminator plans see the light in June 2015 .