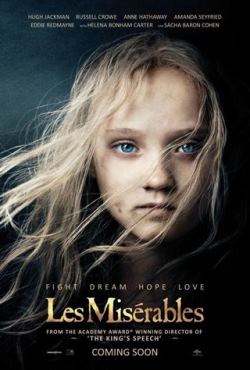 Also, the American Film Institute has included in its list of miserable best films of the year and the National Board of Review has awarded its prize for the best deal.

Les Miserables is set in nineteenth-century France and tells a moving story of shattered dreams, unrequited love, passion, sacrifice and redemption, in which Jackman plays Jean Valjean, the ex-con pursued for decades by the ruthless policeman Javert (Russell Crowe) after skipping parole.

The popular musical compositions made ​​famous as I Dreamed a Dream, Bring Him Home, One Day More and On My Own, has been seen by over 60 million viewers in 42 countries and in 21 languages​​, and continues to break box office records after spending 27 years in the lineup.