Park Shi Hoo Accused of Girl’s Rape: A young female artist Girl went to the police to sue the actor of ‘Alice in Cheongdamdong‘ Park Shi Hoo for the act of forced rape with her. Details about Park Shi Hoo rape case caused a stir in public these days, and new episodes continue to be revealed. Most recently, according to police sources, the evening when Park Shi Hoo drinking with the girl, the third character – actor K has introduced two people to join the party wine. 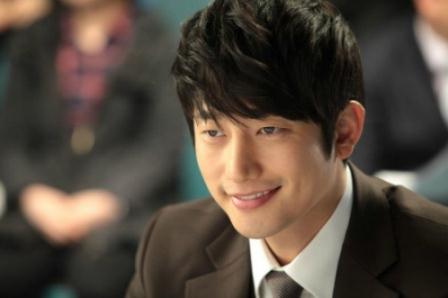 Owner of the bar where Park Shi Hoo and girls at 14/2 that, in addition to the two party wine also starring actor K, three drank 2 bottles of soju. Then, K drove Park Shi Hoo and girls home. The owner also revealed, Park Shi Hoo is the shop’s patrons, and that day, he went to shop at about 10:30 pm, the three sat to 1:30 am, got up payment. Revealed the appearance of the girl go with Park Shi Hoo, you said: “She looks idyllic, about twenty years old, casual dress”.

From the tapes at the pub where Park Shi Hoo drinking at 14/2, police found the young girl actress Alice streets Cheongdamdong walked out of the shop quite awake, she went downstairs and no expression abnormalities. However, CCTV footage in the area of Park Shi Hoo, girls are taken out of cars drunk, K actors have carried her on his back, while Park Shi Hoo ahead.

When the medium noise, Park Shi Hoo spoke to explained. Not conceal any information relating to the scandal, he said:

We met through friends introduced. Actually, me and her drinking together that night, and between two people who happen to things like other men and women. I absolutely not forced or rape her, which I can use to confirm her conscience. The survey will also help confirm that, expect people to be patient.

Park Shi Hoo said that he and the girl’s relationship completely normal relations between men and women, no such thing as rape

However, I also apologize to my fans who have trusted and loved me very much. I can confirm that you do not need to worry, because I will contribute in any police investigation to clarify the issue.

Following morning, the girl and actor K messaging also ask each other. If indeed Park Shi Hoo raped her, can not have something the next morning she texted K normal way. I can not understand why she would sue. Anyway now there are many rumors, influencing insiders. Actors K felt very guilty and sorry for Park Shi Hoo for introducing him to the girl. “