Getai Star Ah Nan Died From Heart Attack: Singapore Actor John Cheng, who is better known by his stage name Ah Nan, died early yesterday after suffering from a heart attack, while performing at a club in Chinatown on Monday. The 52-year-old had reportedly not been feeling well on Monday afternoon. At about midnight, he went onstage, but pains in his chest caused him to go backstage to rest, said media reports. 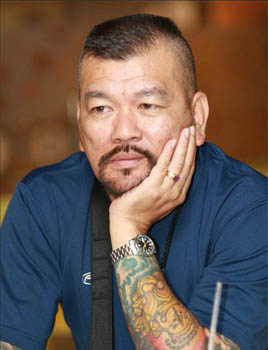 He was found unconscious at about 1am and was rushed to Tan Tock Seng Hospital, where he was pronounced dead at 3.49am yesterday of an apparent heart attack. He is survived by his wife and three daughters. Cheng was a popular host and performer in the Singapore getai circuit.

The 52-year-old star had also appeared in numerous Singapore television productions like “Comedy Night”, as well as films such as “I Not Stupid” and “The Ghosts Must Be Crazy”.

Cheng made his big screen debut in “Money No Enough”, alongside Singapore actor-directors Jack Neo and Mark Lee back in 1998.

Lee, who has known Cheng for almost 30 years, described Cheng’s death as “very sudden” and “a pity”.

Veteran singer and TV host Liu Ling Ling, 50, had been friends with Ah Nan for over three decades. She told My Paper: “He was a very good guy… He was my good friend.”

She said: “He brought a lot of happiness to everyone… He could joke with everyone.”

“He was singing and dancing and telling jokes on stage, then he just go like that,” said Lee, who went on to describe Cheng as a “talented” and “kind” man that has “brought laughter and happiness to the audience“.

“When he goes to the HDB areas or coffee shop, and sees elderly people who need help, he would step forward to help them,” said Lee, who had recently worked with Cheng on his new film “Judgment Day”, in which Cheng plays a medium.

Ah Nan – known for his brightly-coloured outfits onstage and his “bad-boy Ah Beng” image – will be missed by getai organisers like Mr Tan Chew Lee, 65.

“We have lost a talent. I will remember him fondly,” said Mr Tan, who had known Ah Nan for 20 years.

Getai fan and polytechnic student Andy Neo, 19, said he was shocked when he read of the performer’s death yesterday.

He said: “He was quite a prominent figure in comedy shows and movies. (It feels) like someone you knew for a long time has just died.”

“Despite his fierce gangster looks, he appeared to be a very nice guy and a good friend to Jack Neo,” he said.

When Jack Neo apologised for an extramarital affair at a press conference in 2010, Ah Nan went to his aid.

As the press crowded in on Neo and his wife, who had collapsed, Ah Nan leapt to the forefront. Arms extended, he shouted for the media to zou kai, Mandarin for “go away”, giving the Neos time to beat a hasty retreat.

The getai community is readying itself for Ah Nan’s wake, to be held at Block 254, Yishun Ring Road, until Saturday. The funeral will be held on Saturday.

Ramly Burgers Are Banned In Singapore