99 Percent of Mobile Viruses have Turned to Android in 2012: This year 2012, Android has been placed in the spotlight of mobile virus writers. With 99 percent, Google’s operating system has received almost all specific attacks ‘malware’ of the year, as well as botnets and mobile spying. 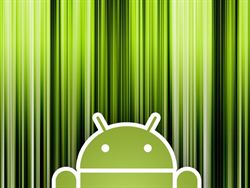 The most widespread and malicious programs detected on smartphones are divided into 3 groups: SMS Trojans, advertising modules and ‘exploits‘ rights for ‘root‘ in the mobile device. With this figure, known through a study of Mobile Malware Kaspersky Lab in 2012, states that cyber criminals efforts have focused mainly on creating malware for Android.

Although Google has implemented Google Bouncer module, which performs the analysis of the applications of Google Play, no obvious changes in the average incidents. Noteworthy was the malware Dougalek causing a major leak of personal information in mobile device users.

On the other hand, it also highlights the first case of detection of malicious software on the iOS App Store. An application called “Find and Call” was found both in the Apple online store and in the Android. By downloading and installing the program, the user would receive a registration requesting email and phone number. Once you have entered your data, along with the phone book were sent to a remote server using the stolen numbers to send spam.

FIRST Botnets MOBILE: Malicious software can cause the mobile device to any user performs tasks automatically without this knowledge. The first occurrence of ‘botnets’, who perform these actions, was earlier this year with the discovery of the botnet IRC Foncy called Android. This worked along with Trojan SMS the same name. The IRC bot took control of the ‘smartphone’ and executing any action that would indicate its creator.

Chinese virus writers also managed to create a botnet with between 10,000 to 30,000 active devices. The base was the backdoor hackers RootSmart and spread it to package it in a legitimate program and put it on the site of a popular Chinese shop unofficial Android application.

Infection allowed cyber criminals become Asian economic benefit created network infected phones. They chose for this purpose a popular method among this group of offenders: send SMS to short numbers payment. The creators used the lowest numbers for victims not give accounts of their losses and conceal their action for a long period of time.

Same methods: The study by Kaspersky Lab claims that virus writers still use the same methods of camouflage two years ago: either disguised or security certificates masquerading as software to protect the ‘smartphone’. These attacks are launched through SpitMo Zitmo and SpyEye-Zeus and in the Mobile-malware whose new versions appear regularly.

Moreover, a widespread phenomenon is the theft of mobile data, tracking people through their smartphones and geolocation service. The number of Trojan-Spy have been increased considerably.

The clearest example is the spy FinSpy advertising module, a program that has features of Trojan spy, able to track almost all users’ activities and your computer infected. Among these are: track your whereabouts secret calls and send information to remote servers.

From Kaspersky Lab encourage holders ‘smartphone’ use their specific products for computer security in order to be protected terminal all these cyber criminals.