Is Hwayoung Cause Bad Attitude on T-ara Jiyeon?:Once the Core Content Media Kwang Soo Kim announced that Hwayoung has acted in a way that ‘unacceptable’ on several occasions, an incident that occurred between Hwayoung and Jiyeon also been revealed. 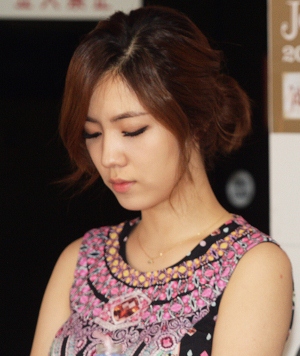 According to industry insiders, there is an incident that occurred in 2010 in which Hwayoung at the time did not hear what was ordered

Jiyeon who also is watching the situation also said something to Hwayoung, cause they both began to argue. After a fight with Hwayoung, Jiyeon then not able to properly focus on the stage, and the way the camera captures Jiyeon make it seem as if he had attitude problems.

Meanwhile, CCM reported that Hwayoung suddenly refused to participate in the stage ‘Music Bank’ on July 27. On the way home, Hwayoung, in front of fans and reporters, throwing sticks and sit on the floor, threatened to yell at the managers in public.