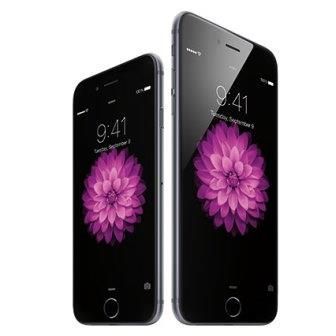 According to the technology giant, the new models represent the biggest advances ever in the history of the iPhone.

They are equipped with the new operating / 8 operating system iOS and integrate the new A8 chip with 64-bit architecture, which offers faster performance and greater energy efficiency, resulting in longer battery life.

The new terminal of the apple is elegant and innovative design, especially for glass that is curved on the sides and it fits seamlessly into the body of anodized aluminum and steel, resulting in a continuous smooth surface.

In addition, the new devices are not only the greatest iPhone ever, are also the finest – the iPhone 6 has a thickness of 6.9 mm and the iPhone 6 Plus, 7.1 mm. 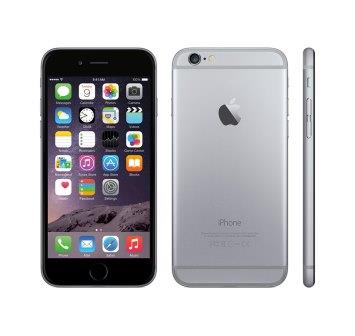 The new A8 chip with 64-bit architectural second generation ensures excellent performance, despite the larger screens of the new iPhone. Remember, the iPhone 5S was the world’s first smartphone to use desktop-like architecture by integrating the A7 64-bit processor.

The new iPhone 6 and iPhone 6 Plus are equipped with motion coprocessor M8, M7’s an evolution that integrates the iPhone 5S, able to record (log) the activity of users through sophisticated sensors like barometer.

The iSight camera of the new iPhone 6 keeps the same 8 MP resolution, however, the technology of video encoding and the integrated image signal processor in the A8 chip allow you to take full advantage of the advanced features of camera and video. The iSight camera includes the new sensor Pixels and Focus, according to the company, features improvements in face detection in automatic continuous focus, the exposure control and the reduction of noise. Additionally, the camera allows recording of HD videos up to 1080 60 fps (frames per second), slow motion 240 fps (720p) and time-lapse.

In order to take full advantage of the graphical performance of the new A8 8 chip and iOS, Apple has integrated the new iPhone 6 and iPhone Plus a new technology – Metal – used by game developers. According to the Cupertino giant, to Metal, the CPU and GPU working together, new terminals are able to generate more detailed graphics and more complex visual effects, making the viewing experience more attractive and realistic.

In terms of connectivity the new iPhone 6 and iPhone 6 Plus are compatible with the most advanced wireless technologies, because with 4G LTE up to 150 Mbps, users have a much faster speed of download and upload, which means better experience of web browsing, better video and music streaming, video calls without interruptions and with better quality. Moreover, even supports up to 20 LTE bands 7 times more than the previous model, the iPhone 5S. The new terminal has support for Wi-Fi 802.11ac, which means up to 3 times faster connection than Wi-Fi 802.11n.

Apple has not neglected safety and new models integrate the technology of fingerprint recognition Touch ID. The new sensor allows the user to have a faster and more secure access to the device your using only your fingerprint. But the Touch ID goes even further, through its fingerprint can shop the App Store, iTunes or iBooks without the need to type the password or any other information.

As for the new operating system, Apple says that this is the iOS 8 a “huge leap” of its software for mobile devices in relation to the immediately preceding version, bringing new features to the user – as the ease to record and send messages voice or video and technology QuickType keyboard, which provides suggestions for “more appropriate to the context” words – and application developers, including more options for sharing content. 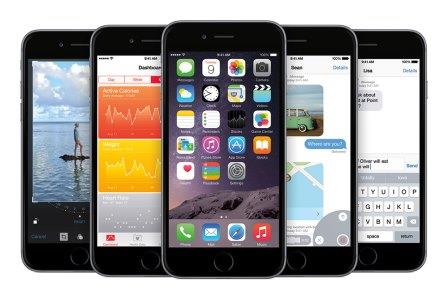