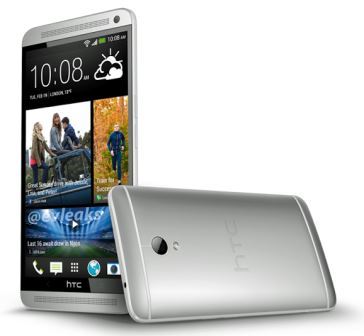 HTC One Max (T6): Filtered Alleged Official Image: The already popular in the field of Evleaks leaks have posted what looks like an official image “not final” bet would be the HTC in the field of smartphone. This is an expanded version of the HTC One, one of the best smartphones there at all levels. His name would be HTC T6.

It has long been buzzing about the possibility that the Taiwanese launch a ‘phablet’, a product that began as a niche, but has shown great sales potential. Samsung started the race with its Galaxy Note, almost everyone has jumped on the bandwagon, as Huawei, Sony, ZTE and Lenovo.

Now is HTC which seems to want to enter the emerging field of hybrid phone and tablet with a version of its highly acclaimed HTC One version ‘smartphone’ of this high end terminal spring arrived with a striking change in Android with an ambitious ‘feed’ of news, a design in which aluminum predominates, good camera, high power and outstanding battery life, ie everything you can ask a ‘smartphone’.

Then the Taiwanese decided to release a version to follow that line, but something more modest and economical, the HTC One, to try to reach a wider audience. Now, it seems that will jump forward, with a larger screen.

So far everything is hearsay, but Evleaks has published an almost final official press kit HTC One version, which, they say leaks at this site would be called HTC T6. Beyond its larger size, with a 6-inch screen, the design follows the line of the original terminal.