Mexican iFone Wins Another Battle vs Apple iPhone: The Mexican company iFone has won a legal battle with Apple, which sought to prohibit the use of the mark due to phonetic similarity to your phone. Justice has rejected the application of the company on the block. 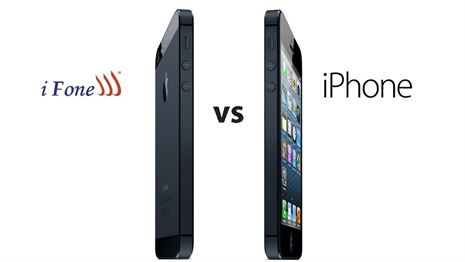 The company iFone became operational in 2002 and registered the trademark on April 30, 2003 at the Mexican Institute of Industrial Property (IMPI). Since then provides software solutions and services for clients such as Axtel, Avaya, and Microsoft Maxcom. The name comes from a fusion of the words “phone” and “Internet”.

This suspension was required by Apple through the amparo filed against the possible issue by the Mexican Institute of Industrial Property (IMPI), the order of introduction and implementation of precautionary measures against him.

“By refusing the relief sought by the IMPI Apple would no obstacle to order the imposition and implementation of precautionary measures, whether interim or final, against Apple and conducting inspections it deems appropriate,” the signature on the statement.

In 2009 Apple asked the Mexican Institute of Industrial Property (IMPI) nullity of iFone brand name as it seemed to name their ‘smartphone’. On 25 October last year, the 18th District Collegiate Court on Administrative denied the appeal filed by Apple and the Mexican brand confirmed as the rightful owner of the trademark.

Now, in a statement picked up by The Economist page, iFone said that the Sixth Court of Administrative Matters in the Federal District has denied the definitive suspension requested by the company Cupernino.

The statement also said that the Second Chamber of the Supreme Court of Justice of the Nation (SCJN) postponed the discussion of the appeal lodged by Apple.

The iFone company lawyer, Eduardo Gallastegui, says they are “confident they will be resolved in accordance with law, preventing the claim of Apple through its action would lead to the empowerment of a fourth instance in its power to resolve legal issues previously solved permanently. “

This is not the only legal battle that has lost lately Apple regarding the iPhone trademark. This week it was announced that Apple has lost ownership of the iPhone trademark in Brazil as the company Gradiente Eletronica, a consumer electronics manufacturer in the country, registered the trademark “iPhone” in 2000, seven years before Apple .

The apple company can still appeal the decision of the National Institute of Intellectual Property (INPI), although it is likely to come to some sort of financial arrangement for Apple to continue to use iPhone to continue marketing their phone without problems in the country.