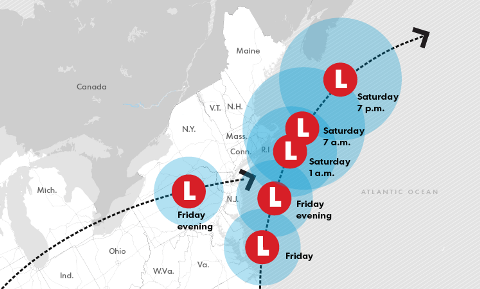 Authorities in New York, Massachusetts, Connecticut, New Hampshire and Rhode Island have been declared on Friday declared a state of emergency in light of the heavy snowfall and severe storms that rages in the northeastern U.S. coast.

About 500,000 homes and businesses were left without power in these five states, along with Maine, Vermont and New Jersey. The most affected states are Rhode Island, more than 170,000, and Massachusetts, with about 300,000 homeless, according to data from utilities National Grid and NStar.

In total, about 40 million people could be affected by the rain and snowstorm raging in the northeastern U.S. coast. One person has died in a traffic accident caused by the storm, named ‘Nemo’, as confirmed to CNN Police in the town of Poughkeepsie, in the state of New York.

Snowfall, which will run all day Saturday, could cause it to accumulate nearly a meter of snow in some parts of the interior, according to U.S. media.

More than 4,700 flights have been canceled since Friday because of the storm in the northeastern states of the country. In addition, major interstate highways are almost empty and the center of cities like Boston are deserted before the notice of winds that could reach 120 miles per hour throughout Saturday. The wind gusts Friday have touched a hundred miles an hour.

Among the most serious forecast, the National Weather Service, which predicts that up to eight million people could be affected by coastal flooding potential northeastern United States. 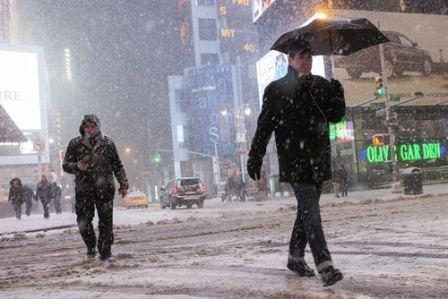 The president of the National Electric Company Greed, Marcy Reed, has warned that the blackouts could last for several days in the states of New York, New Hampshire, Massachusetts and Rhode Island, according to the U.S. newspaper has picked up The New York Times’ .

In Massachusetts, the governor, Deval Patrick, has ordered the removal of vehicles on the roads in every state, a move unprecedented since 1978, under threat of fines and jail terms of up to one year for offenders.

The state of Maine has declared a partial state of emergency, allowing the repeal of regulations that slow down the decision making process to respond to temporary and allows the request to Canadian troops to face the consequences.

Public transport was suspended in Boston and New Jersey, and schools have closed earlier than normal in Connecticut, Massachusetts and Rhode Island. According to the latest forecasts, will accumulate between 61 and 76 inches of snow in Boston and Connecticut.

This storm ‘Nemo’, a name coined in social networks is also affecting New York, the first to declare a state of emergency, even reminiscent of the balance left behind by Hurricane ‘Sandy’ for three months and after snowfall in New York in December that blocked the city.

Proof of this has been the appeal for calm from New York mayor, Michael Bloomberg, who has called on the population to succumb to “panic buying” of fuel and has asserted that their supply is guaranteed.