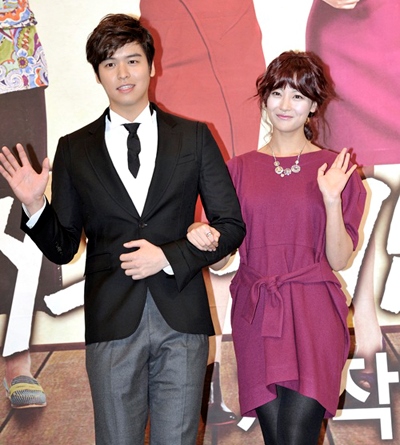 The agency stated through media, “Since Oh Yeon Seo and Lee Jang Woo have been spending a lot of time together as they’re playing lovers in the drama, and are also sunbae-hoobae of the same school, they became close.”

“Because of their strong interest in acting, they were able to become even closer by discussing their project… However as they’ve only really spent time with each other about 2~3 times with acquaintances present, we can’t say they’re officially in a relationship,”

“They’re getting along well and working hard on the same project, so we’re worried that this might make them awkward and drift apart. We’re worried that we might bring harm to the project… Although they could officially become a couple with time and if their emotions remain mutual, right now, it’s hard for us to say that they are officially in a relationship.” 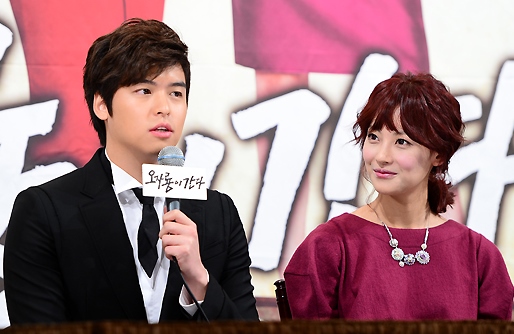 The two currently star in MBC‘s popular drama, ‘Oh Ja Ryong Is Coming‘ and much like their characters on screen, who are developing feelings for one another (well more Oh Yeon Seo’s character than Lee Jang Woo’s at the moment), are revealed to be in the midst of a blossoming relationship!

They were spotted enjoying what looks to be a date as they snuggle up close to each other in the cold weather while enjoying each other’s company. The two have been allegedly enjoying secret dates with Lee Jang Woo dropping off Oh Yeon Seo at the end of their dates and Oh Yeon Seo even apparently blowing a kiss at him to show her thanks.

The photos are said to be from the 26th, the day after Christmas, captured after they finished eating. As co-stars, they had lot to discuss about their current project and are thought to have developed feelings for one another as they both shared same goals of helping out in the success of the drama. 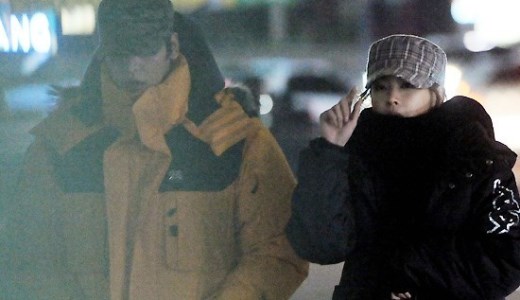 One broadcast insider commented, “Oh Yeon Seo and Lee Jang Woo are currently meeting well. I think they got close having met often to film their daily drama. Since there isn’t much of an age gap either and they share similar interests, it seems they were able to connect.”

Another insider commented, “Since the two must lead the daily drama until May, I think they’ve become really close. They are also sunbae and hoobae of Dongguk University.”

Oh Yeon Seo’s agency confirmed the news as they commented, “It seems they are currently getting to know each other and started seeing each other about a month ago.” via Allkpop