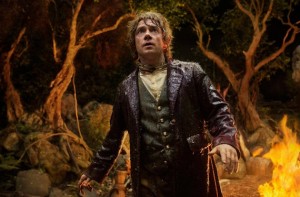 Warner Bros Reacts to ‘The Hobbit’ Animal Misuse Statements: Fans have long been anticipating the release of “The Hobbit”. An Unexpected Journey on Dec. 14. But before the release could happen, negative news about the film has spread around the internet like wildfire.

Earlier this week, Hobbit producers and director Peter Jackson were accused of animal abuse while working on the movie, and reports surfaced claiming that 27 animals died while the production of the film was underway.

On Monday, Jackson released a statement saying that none of the production team was responsible for the death of these animals. And now, Warner Bros and New Line Cinema are also standing up to support Jackson and deny the accusations.

“Warner Bros. Pictures and New Line Cinema join Peter Jackson and the producers of THE HOBBIT in vigorously refuting and condemning accusations of animal abuse on the films,” the statement says. “The production acted swiftly and responsibly in addressing any incidents involving animals in its care throughout the long filming process, and in fact, measures were taken to protect all farm animals, including those uninvolved with the films.”

The Huffington Post reports one horse had to be put down following a crash-landing off a bank during shooting.

Another horse reportedly fell off of a bluff and was submerged in a stream. It has also been suggested that goats and sheep were falling into sinkholes.

While the American Humane Society has expressed its outrage about the death of these animals, Warner Bros finds it odd that these accusations would surface just weeks before the movie is scheduled to drop in theaters.

“We question the timing of this misinformation given THE HOBBIT’s imminent release and have no recourse other than to reveal that the primary source of these new allegations can be traced to freelance animal wranglers who were dismissed by the production over a year ago for cause,” Warner Bros’ statement says.

“We are immensely proud of our association with Sir Peter Jackson, his dedicated film crew and the people of New Zealand.”