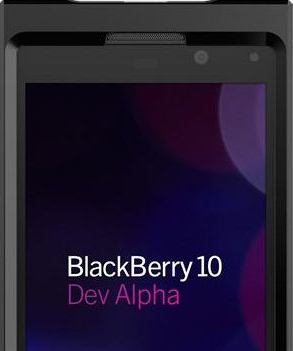 BlackBerry 10 Smartphones will be Launched At Jan 30 2013: Research in Motion (RIM) has confirmed that on January 30 held the official launch of its new operating system, BlackBerry 10. The company has said that with the new OS, also unveiled two new handsets to accompany its release BlackBerry 10.

BlackBerry 10 is the big bet of RIM to return to a leading position in the mobile device market. The company has passed through difficult months, when it has seen its market share collapsed and could not compete with other manufacturers like Apple or Samsung. These problems have led to major changes in the direction of the company and its organization. However, since RIM BlackBerry 10 expected that their situation will improve.

The new operating system has been under development for the past few months, in which RIM has been forced to delay its release until 2013. The company had specified that the system would be released in the first quarter of next year and has kept his word. From RIM have already set a date for the premiere, which will occur in the first month of next year.

Specifically BlackBerry 10 will be released on January 30, 2013. RIM explained that held a world event, to be held simultaneously in several countries, which produce the official presentation of the final version of BlackBerry 10. The truth is that the company in recent months has been advancing details of BlackBerry 10 and already know some of its features, but is expected to be January 30 to voice their final chance.

Along with the release of BlackBerry 10, RIM has confirmed that there will be two new mobile devices, the first two smartphones to be launched with BlackBerry 10. So far RIM has just explained that these terminals will have tools like Flow BB10 or BlackBerry Balance, but commented that “their availability and specifications will be announced at the event.” Despite the silence on the characteristics of the terminals, is expected at least one device with touchscreen and a QWERTY keyboard.

From RIM stressed that this new system is intended to provide “a mobile computing experience truly unique.” According to the CEO of RIM, Thorsten Heins, your development team “has been working tirelessly to deliver innovative features“, which will be integrated into a user experience that promises to be “different” about any current smartphone.

iPhone or Android? Learn What to Consider When Making Choice