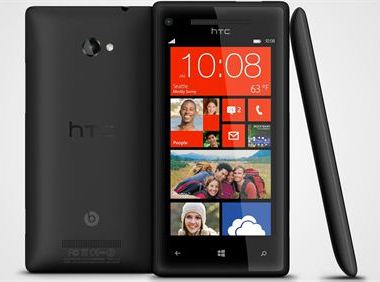 HTC Launched First Smartphone Vodafone 8X with Windows Phone 8: HTC launches with Vodafone 8X, the first ‘Smartphone’ which incorporates the latest version of Microsoft’s Mobile operating system, Windows Phone 8. Thus, the company is ahead of Nokia, which is one of the main partners of Microsoft in this area, but has not yet launched the New Lumia.

The new ‘Smartphone’ with Windows Phone 8, with a screen Super HD 4.3 inch LCD 2, presents a different view thanks to its active windows breaking innovativly with the classic user experience.

With HTC 8X the company aims to “combine the virtual environment with physical features, using a three-dimensional design of a single body that is based on the active windows of Windows Phone“.

As -8 megapixel camera-back incorporates a backlit sensor (BSI) which aims to be useful in low light. The lenses are 28 mm with f/2.0 aperture and with a specific chip for different functions of the camera.

For the first time, the front camera that integrates HTC is wide angle, with 2.1 megapixels and an aperture of f/2.0 and 88 degrees. This camera captures up to four or more people at once, plus videos with 1080p resolution.

The HTC 8X also offers an audio amplifier for a 3.5 mm jack and speaker, increasing the audio signal to improve the sound even more, regardless of whether you are listening to music, playing games or watching a video.

Thanks to Phone Store and Xbox Live, users can play, watch videos and listen to music while they are away from home. They may also bring their songs, favorite movies and photos wherever they go.