T-ara Remains With Eight Members After Replaces Hwayoung: Recently, T-ara has decided to keep its members remain eight in number even after replacing Hwayoung with Dani. 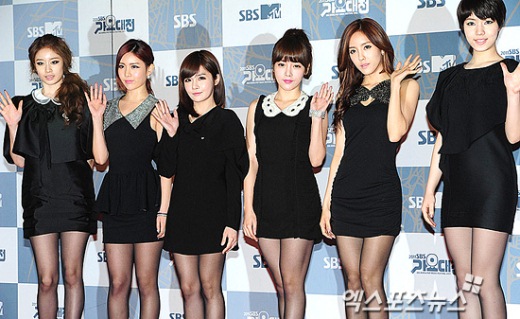 On July 30 the Japanese official website T-ara made the announcement along with a post about the cancellation of the contract Hwayoung.

The announcement contains the following: “Have Ah Reum as the seventh member, T-ara will be performing for some time. Dani will join the group after a period of preparation that would make T-ara a group that will consist of eight members in total. ”

Since its debut in 2009, T-ara member has changed several times.

T-ara made its debut in April 2009 with a song for the drama Cinderella Man. The original T-ara members are Jiwon, Jiae, Ji Yeon, Eunjung and Hyomin, however, in July the same year, Jiwon and Jiae quit and was replaced by Boram, Soyeon, and Qri.

In July 2010, joining as a member Hwayoung seventh and eighth Areum member in 2012.

Along with the change of members, their leadership is also always changing. Eunjung is the first leader while Boram, Hyomin, and Soyeon also been a leader after Eunjung.