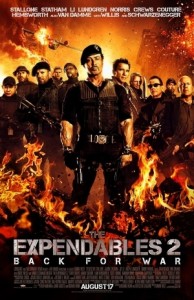 Yes, you could say that the flick has an old cast but with a stellar lineup like that, who needs “The Avengers”?

In this sequel to the 2010 action film, Mr. Church (played by Bruce Willis) reunites the Expendables for what should be an easy paycheck. After taking a seemingly simple job, the crew find their plans going awry and one of their own is brutally murdered by rival mercenary, Jean Vilain (played by Jean-Claude Van Damme). 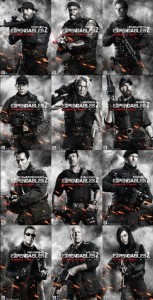 Their quest for revenge puts them deep in hostility as they land in enemy territory and up against an unexpected threat. It’s up to the Expendables and their new members Bill the Kid (played by Liam Hemsworth) and Maggie (played by Yu Nan) to dive headfirst into a raging war, to put a stop to a deadly weapon.