The Avengers 2012: The Avengers, the Marvel superhero meeting. Hulk, Iron Man, Captain America, Hawkeye, Black Widow and Thor together in a mega hipper palomino that wastes tons of fun and in which Tony Stark and Bruce Banner shine above the rest.

Since 2008, with the premiere of Iron Man, Marvel, who debuted as a film producer then-consciousness has been preparing the landing of his most ambitious project. And the effort has not fallen on deaf ears, as the film directed by Joss Whedon is the best and most accomplished film of the superhero factory. 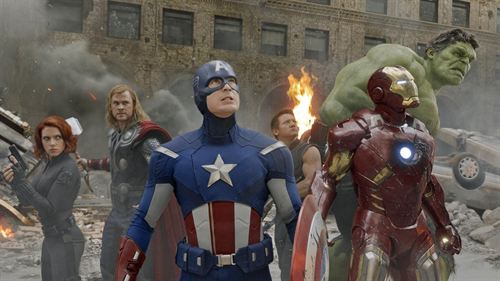 Whedon takes a perfect prologue to work during those years have been making films of the heroes of Marvel’s strategy. The shadow of SHIELD and Nick Fury leader-usually planned as an epilogue after the credits, on more or less successful films as The Incredible Hulk, Thor, Captain America or the two parts of Iron Man

The presentations of almost all the characters was a tedious process that was already passed, even in the case of Loki, the main villain, so it was only a matter of putting them together … and start the fireworks. The result is simply spectacular.

The Avengers, the many fight sequences do not overwhelm the viewer with an anarchic maelstrom of explosions that do not allow even distinguish who are the good guys and who the bad guys. They are so airy and clean and impressive. Take note that Michael Bay and Transformers, which threaten a fourth installment.

In short, the havoc caused by the Marvel has gone better than expected. We’ll have to see if the announced sequels, including The Avengers that, of course, also has scene after the credits, maintain the level of this instant classic of the genre. A stroke (hammer) on the table to make it clear that these things can also do so. That is, either.