Want Some HTC Sense 6 Apps on Your Android? Despite several photos have emerged on the internet a few weeks before , the HTC Sense 6 was just revealed in an official way a few days ago along with the new HTC One M8.

We Recommend you to Back Up all your Personal Data: Best Android Apps to Backup And Restore Your Data 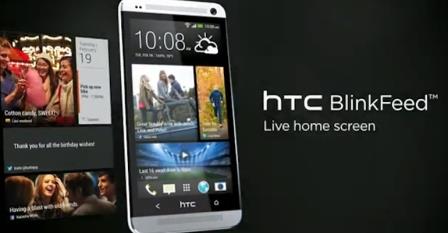 After its release the HTC Sense 6 was adapted to several other HTC devices including the EVO 4G LTE , installing a custom ROM and many users simply do not want to change ROM to be able to have just some of the unique applications of HTC being necessary for this.

A few hours before the event to launch the HTC One M8 were placed on Google Play several exclusive HTC applications , such as BlinkFeed launcher, which as yet can not be installed on any other device than HTC.

One of the senior members of the XDA Developers forum – Ashutos1997 – downloaded the HTC Sense of 6 applications that were available and put your APK files available for download.

Unfortunately, only the first three applications ( Service Pack HTC , Sense TV and Zoe ) are working without any change in its structure, but it is quite likely that soon will also be available a compatible version of launcher BlinkFeed.

To learn how to install new applications of HTC Sense 6 on your Android smartphone or tablet just go to the original topic of XDA- Developers forum HTC Sense 6 Apps APK’swhere you can also perform a free download of the same.