HTC One M8 With Dual Camera That “Simulates Human Eye”: HTC has unveiled its new flagship in the market for smartphones : HTC One M8. It is an evolution of its previous HTC One definitely one of the best phones on the market by design, ‘ hardware ‘ and ‘ software ‘. Keeps the line of its predecessor in every way and improves liked most points. 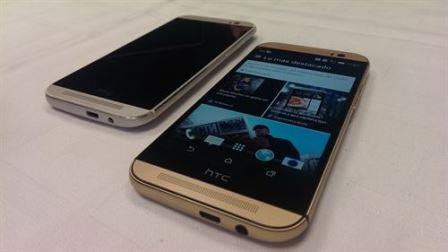 The HTC One was not one of the best selling phones last year , but did not lack reasons . Perhaps it was a matter of ‘ marketing ‘ or launch strategy , but the ‘smartphone’ did not win as many users as deserved as it is a great device in almost every way.

Its successor, the HTC One M8, was an open secret . Both your specifications , such as appearance, both in video and photographs , had leaked from multiple sources. In separate simultaneous events in New York and London , the Taiwanese company has finally officially introduced .

The M8 design keeps the line that started the One and HTC has also led to other models of lower ranges . This also keeps the entire structure of solid aluminum and the front speakers BoomSound that gave such good results in the past. Yes, this time the sound volume by 25 percent higher and more clearly seen in the tones.

Another interesting point of the mobile, beyond design , the power or the speakers, 2,600 mAh battery. HTC has not only the largest , but has also refined the management of energy and has incorporated a new way of saving, which allows you to configure various factors to give you more . The former One and offered great performance , so it promises great things in this regard. 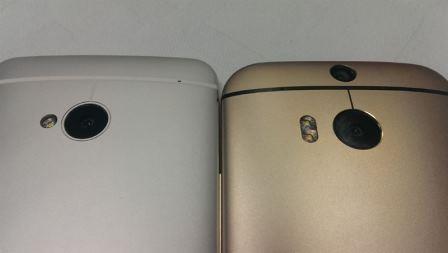 On the other hand , the new HTC One M8 calls attention to incorporate two rear cameras , besides the usual front and which in this case is 5 megapixels with wide angle BSI, designed to offer the highest possible quality in the already popular ‘ selfies ‘.

The duo camera can capture more information especially on the light and depth of field. As explained by HTC, with images taken with the M8 One , each pixel contains information about the depth , detail and measures the speed of the objects. In essence , the two lenses try to ” simulate human eyes ” , as explained.

A level of ‘ software ‘ , the HTC One M8 comes with the company’s own interface , Sense, in its latest version . This “face” of Android includes social network aggregator , news or calendar events BlinkFeed , and offers more configuration options . Also, like its predecessor series incorporates useful applications like a car mode , command for all types of TVs , thanks to its infrared port and automatic video editor , improved and now become social network.

HTC has improved BlinkFeed so you can charge a lot more smoothly , and has released the developer kit so that they can expand their content .

HTC has also incorporated and improved function ‘ touch to awaken ‘ LG introduced on mobile devices . Without using buttons , you can activate the terminal with just a double tap on the screen, which is very comfortable.

The improvements consist of new moves ( swipe from top to bottom, bottom to top, from left to right and right to left) that act as shortcuts to specific applications : BlinkFeed , Widgets , last app , voice command and camera. Also, if we hold the terminal horizontally and press the volume button , the camera is activated. The only downside of these convenient shortcuts is that can not be assigned to different functions.

The new HTC flagship features a new ‘app’ called Fitbit , which records the physical activity of its users.

On the other hand , HTC has developed a new case to the One M8 : DotView . This case has a lid with holes that serve to display notifications or time with large icons displayed are filtered from the screen. In addition , you can interact with it without opening the lid, like a touch screen , for example , take calls .

As for its availability in the stores, the HTC One M8 today comes from some shops in London.