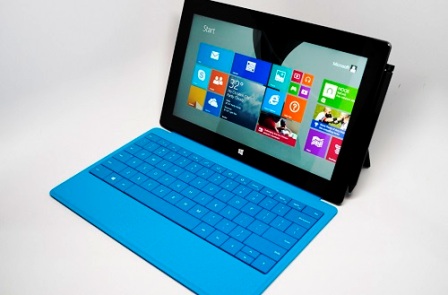 Previously Nokia has joined the Qi standard support for quite some time, so join the Microsoft WPC to support this technology is easy to understand and very likely in the near future, the company will introduce the auxiliary Qi charger accessories for tablet its Surface.

Currently the world is temporary 2 standard wireless charging technology by corporations to support the most, is A4WP with Intel, Broadcom, Qualcomm, LG, HTC.

While Qi seem more popular by appearing on a number of recently released smartphones, including the Nokia Lumia line.

With the participation of Microsoft and Samsung, world opinion for wireless charging that trend will gradually be shaped in a short time, with 2 standard is popular A4WP and Qi.

WPC said an interesting information position, which is currently the Qi wireless charging standard can only be used on cars, and was present on some 2014 vehicles like the Jeep Cherokee, Toyota Avalon, Prius, Harrier.

German Automakers such as Audi, BMW, Mercedes-Benz also plans to charge up their vehicles immediately Qi this year.