Google Hummingbird Update Scaring Thousands Websites. That’s right you read, Google has a bird killer on the loose . The biggest search engine is celebrating 15 years and made ​​a super update in their algorithm to improve the user experience .

With each new update, a new pet . This time it is the ” Hummingbird “, which is scaring thousands of Blogs and websites throughout the world.

To date the company had not published anything about possible changes in the structure of the search and the way of presenting the results . 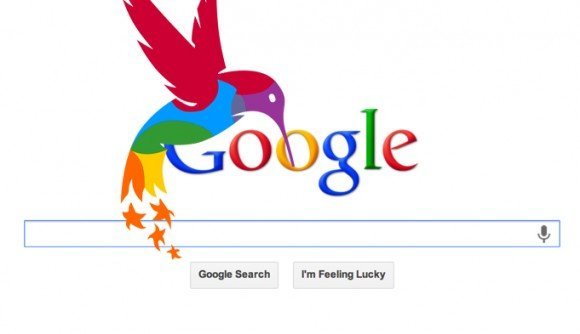 Even with the sensational title , we knew that this was not a widespread punishment , but a powerful new algorithm ( if we can call it that) , with profound changes in the way Google presents its results and even organizes the index .

Google officially announced the change began to be applied on 26 , when much of the world blogosphere complained of significant loss of views , positions in the results for important keywords and even new provisions and search suggestions .

This change affected 90 % of the results ( almost everyone ) , in a totally unexpected and difficult to reverse . There are several new factors indexing , but much is still unknown .

After changes like Panda and Penguin , this time aggression was huge , even with a pet delicate as the Hummingbird . This news was announced directly from the garage where Google was created , celebrating its 15 years of existence .

Google itself has already given us several tips that really changed . Are focused on improving the search experience on mobile mechanisms ; present the result as complete as possible on the issues raised , new way to present and organize responses to key words , understanding the whole sentence and not just a word at a time – which means better understand the semantics of colloquial expressions … Among other things .

I see that SEO professionals have a lot to learn in the coming months .

Five Simple Things You Should Not Do on Blog

How to Create Blogs with GitHub Pages