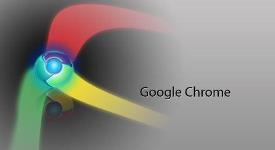 Google Chrome Withdraws Support to Windows XP Users: Google announced today that it will stop supporting Chrome on Windows XP system in April 2015 , this means that the company will stop providing regular updates and security patches.

The company justifies this gesture of goodwill as a safety movement , it has seen many errors in the browser , which are not fixed and are often used by criminals to put malware and infect many computers .

But Google is not oblivious to the fact that Windows XP is still widely used by many companies and users:

” We recognize that hundreds of millions of users, including a good portion of users of the current Chrome , still rely on Windows XP . In addition , many organizations are still running dozens or even hundreds of applications on XP and may have problems migrating . Our aim is to support the Chrome users of Windows XP during the transition process . More importantly , Chrome on XP will still be automatically updated with the latest security patches to protect against malware and phishing attacks . “

Given the popularity of Chrome , this is a move that Microsoft should applaud, because in fact it is a movement that is to meet their interests .

IE8 is still the most popular browser in the world, but this is largely due to the fact that users  Windows XP can not upgrade to newer versions of Microsoft’s browser , IE8 is the last version that they can install.

IE9 is only available for Windows Vista and Windows 7 . At the same time , IE10 and IE11 are only for systems Windows 7 and Windows 8 . Thus many users Windows XP , can choose to use third-party browsers like Chrome and Firefox .

How to Install Driver for Any Android Device

Mozilla Firefox 29 More Customizable Than Ever

How to Disable Ads On uTorrent