70% Smartphone Users Want To Use XL Chat App: Smartphone developmental impact on the growing use of applications, particularly messaging services. 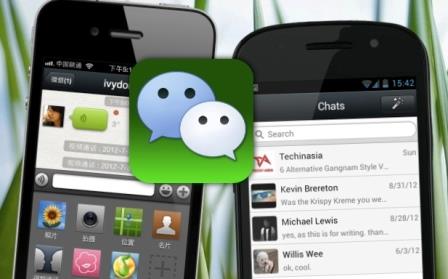 This proved true in the telecommunications operator PT. XL Axiata Tbk which claims 70% of smartphone users are using their network user chat application.

PT. XL Axiata per quarter of 2013 was recorded to have 49 million subscribers by 15 percent or approximately 7.3 million of them are smartphone users.

Of that amount, approximately 70 percent are using chat application.

“Even the chat application users can grow up to 15 percent every month” GM Content and Application of Strategic Business & Innovation said.

Also Revie said “the increasing use of chat applications, is evidence that people’s behavior is changing and no longer rely solely on voice and SMS”.

What’s more, the current appearance of the chat application to add an option for users.

“The growth of smartphones in Indonesia is high, one reason so because social chat application that is also increasingly widespread. In fact the majority of our customers, each having two chat applications,” Revie said.

However, despite the smartphone market and chat applications increasingly growing, it does not mean killing the SMS service.

XL currently has approximately 7.3 million users out of a total of 49 million smartphone subscribers, bringing the total number of feature phone users is still quite high and still help the SMS traffic.

We will chat in the XL does not erode SMS because there are those who still can be worked.

So SMS still has the potential for social media users the right smartphone users, the remaining feature phone still many who do not use social media.

On the other hand, the featured phone users are still large and can provide opportunities for XL to increase the number of total customer smartphone users.

This is because the potential for migration from feature phones to smartphones is still widespread. To prepare the explosion of smartphone users, XL establish cooperation with many actors Over The Top.

One of the collaboration with OTT recently conducted by the XL is a free packet program for customers who use messaging application WeChat.

“This is one form of cooperation. Operators are looking for how to make money forms of cooperation with OTT, because if we do not cooperate then they are going to grow. Whereas if you cooperate, we will each grow” he concluded.