Nokia Lumia 1020: Nokia “Reinvent” Photography with its New Lumia 1020, The Finnish company Nokia has introduced a new family member Lumia. This is the Nokia Lumia 1020, a “smartphone” that “reinvents” the picture and zoom with PureView technology and feature second generation and 41 megapixel sensor.

All this in a 4.5-inch AMOLED display and a dual-core Qualcomm Snapdragon S4. The new Lumia will come from next July 26 to the U.S. and in this quarter to China and European markets. 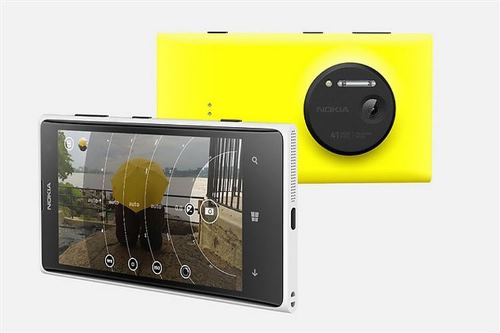 In a new attempt to bring its Lumia range to the top in the market for smartphones, the company Nokia has presented Thursday at an event in New York (USA) its Lumia 1020.

For weeks, several specifications were leaked about the new terminal in which, once again, the Finn has opted for your camera. Accompanied PureView technology, key models from Nokia, the Finnish ensures establish “a new benchmark in the images of ‘smartphones’ with the arrival of Nokia Lumia 1020.

The new Nokia Lumia Nokia 1020 includes Pro camera application, submitted with the Lumia 925, which makes it easy for anyone to take professional quality images. It also offers an interface that shows visually how the settings affect the last photo or video.

“We want to take people on a journey from image capture to record and share their lives,” says the CEO of Nokia, Stephen Elop.

Along with the handset, Nokia has also introduced a new software development kit of image (SDK) that provides editing functions Nokia Lumia 1020 key developers of the image. The SDK is available from Thursday in developer.nokia.com with a number of developers, including Vyclone, Yelp and CNN.

Adding further professional skills and to increase battery life, Nokia has introduced Camera Grip. This is an accessory that complements the device, like the Nokia Lumia 1020 ‘built-in’ Xenon flash and mechanical shutter. Nokia Camera Grip the camera also features a tripod and is expected to be available this month at estimated retail price $ 79. 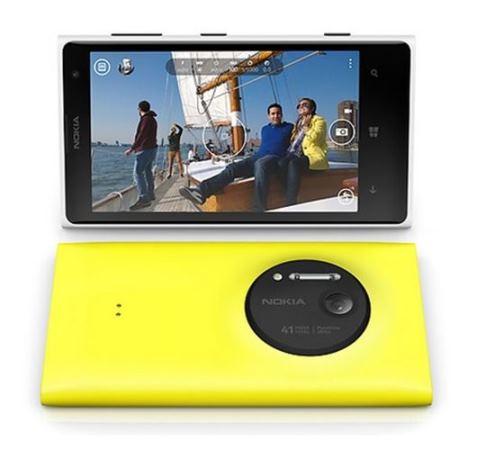 4.5 INCH SCREEN: Although the camera and the possibilities are the strengths of this new family member Lumia, Nokia has not neglected specifications complementing the strong point of the photograph.

The Lumia 1020 has a touchscreen monoblock design with 10.4 mm thick and weighs 158 grams. Its touch screen, with the third generation of crystal Corning Gorilla Glass is 4.5-inch AMOLED ClearBlack display technology super sensitive.

Inside features a Qualcomm Snapdragon S4 dual core 1.5 Ghz, 2 GB of RAM, 32 GB of internal memory and 7GB of cloud storage. Hand This system Microsoft Windows Phone 8 with a 2,000 mAh battery. Besides incorporating wireless charging also, like other recent Lumia thanks to a housing that is coupled to terminal.

As for software, and the characteristics of the camera, the Lumia has 1020 applications Nokia Here and key Microsoft services such as Skydrive, Outlook and Internet Explorer 10.

“Now more than ever, people use their smartphones to record, edit and share videos and photos,” said Marco Argenti, senior vice president of Nokia Developer. “With the Nokia Lumia 1020, we are offering an industry-leading experience of images that takes the user about the details that really matter.’ve Worked closely with Microsoft and leading developer worldwide to offer unique experiences and applications to user “.

Nokia Imaging SDK was created with the same technology used by Nokia in its own image apps, including Camera Smart and Creative Studio. SDK gives developers flexibility to create advanced imaging experiences in their applications for smartphones Nokia Lumia. Thus, developers can get even more out of your images.

The SDK is now available in developer.nokia.com and includes more than 50 effects, filters and improvements. With this SDK, developers can get even more out of your images. The Random Access Nokia JPEG technology allows more efficiently manipulate the image data to create great results. Developers can focus on creating user experiences very quickly because the SDK is responsible for much of the image manipulation and effects.

Another application announced for the new terminal Nokia’s Path, incorporating more than 50 filters, free and paid, together with the Deep Zoom option that will allow users to capture and share high-resolution photos. Path users can also share your location, the music they are listening to or the movie they are watching as well as express their thoughts and moments, chat with private messages and share emotions through stickers (stickers).

Panagraph Snapcam and allow users on the new Lumia 1020 share pictures through new terminal characteristics and share them with other users in “very few screen taps,” according to the company.

In the case of Yelp, the local search app will offer the best augmented reality experience that allows real-time view of the Yelp reviews and star categories through the lens of the Lumia 1020.

Finally, the CNN app on the new Lumia panoramic improving its interface and direct access to iReport, while adding a number of features with Nokia SDK image.

Google Will Pay Back to Hackers to Find New Vulnerabilities