Nokia Lumia 1020 Vs Galaxy S4 Zoom: The Fight for Best Camera in Smartphone; Nokia has presented Thursday a new Lumia family member in which the camera is the protagonist. It’s the Lumia 1020 a Nokia devices as “reinvents the zoom” and features a 41 megapixel sensor that offers the device. 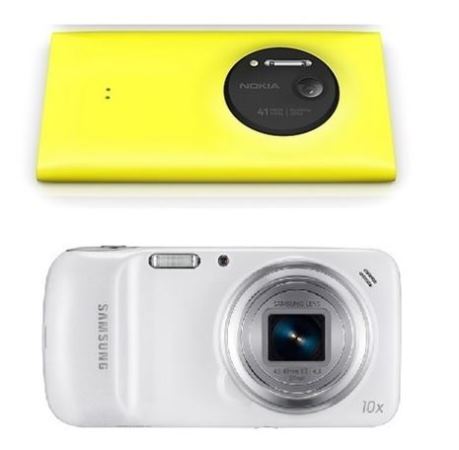 The new Lumia device in the market fight with one of the models that Samsung has launched its latest flagship, the Galaxy S4 Zoom, 16 megapixel camera with optical zoom. The fight for the best camera has started, which of the two will win?

This Thursday, the Finnish Nokia back to show the world their commitment to making authentic Lumia devices rival the Apple iPhone and the Samsung Galaxy.

Again, as was the case with the Lumia 925 and previous models, Nokia has made every effort to offer a camera that users do not have to resort never more than a compact and, at first sight, seems that he has.

At its New York event, Nokia has unveiled the new Lumia 1020. This is where a new Finnish Lumia has included the second generation of its 41 megapixel sensor, and six physical and zoom lenses three high resolution increases. All with Nokia PureView technology.

Compared to the Samsung Galaxy S4 Zoom, the South Korean device is slightly shorter in terms of pixel but its power is somewhat higher. The S4 Zoom incorporates a 16 megapixel sensor with 10x optical zoom. Both terminals have incorporated the so-called Xenon flash and the image stabilization option.

As for software, the new Nokia Lumia 1020 can simultaneously take high image resolution of 38 megapixels and creates a 5 megapixel image to more easily share, without weight problems, with others or in social networks. It also features, the Nokia Pro Camera, submitted with the Lumia 925, which makes it easy for anyone to take professional quality images. It also offers an interface that shows visually how the settings affect the last photo or video.

You can even give indications of what is the perfect vantage point to take a single photo. On the other hand includes Smart Mode format to choose from a range of pre-set modes and the camera automatically adjust to ensure the capture of the best shot possible.

In addition, the zoom ring can be used to enable the rapid and direct access to features, gives you instant access to multiple camera modes, including Auto, Gallery and Smart Mode.

Yet another of the strengths where both devices are competing in the hardware itself, regardless of their cameras. In this sense, the S4 and Lumia Zoom 1020 will almost reach.

The Lumia 1020 incorporates a 4.5-inch screen, slightly higher than that of its competitor whose screen is 4.3 inches. In terms of processor both feature a dual-core processor with the same power 1.5 GHz For Samsung device the company has chosen ARM while Nokia is counting on the U.S. Snapdragon Qualcomm S4.

Despite their differences, both devices promise to delight users and you forget the cameras. Although both companies have been betting for photography on their devices from previous models, the latter two take the photos and video to a new level.