At least six people have died and five others were injured on Friday after a man armed with an assault rifle opened fire there pedestrians, vehicles and buildings in the U.S. city of Santa Monica, located in California, before killing and killed by the police. 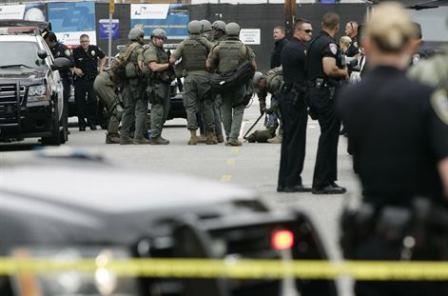 The attacker has not been identified yet. Police have indicated that a second suspect has been arrested, as reported by the U.S. newspaper The New York Times.

The event has started on Friday morning after a fire in a house located in the east of the town, where the authorities have located two bodies. Later, the attacker has stolen a vehicle and opened fire indiscriminately at various points in the city.

Finally, the attacker has died after being shot several times in the context of a shootout with police and security agents campus.

The incident coincided with a visit to Santa Monica the U.S. president, Barack Obama, during a fundraising event in the city at the residence of a former president of the company News Corp, Peter Chernin.

A Secret Service spokesman in Washington reported that the event “has had no impact on the visit” and that the case “corresponds to the local police.”