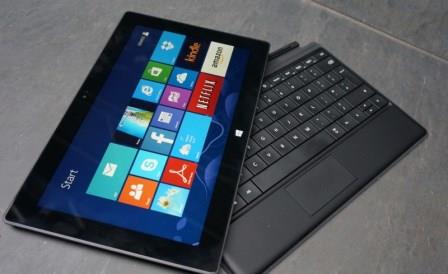 Microsoft has launched its two devices in some markets, as in Mexico just received the Surface RT, but will soon be the most powerful, successful Depending Surface Pro to reap these two countries, Microsoft will advance or retarded the arrival of their new devices to the rest of Latin America. We wanted to make a comparison Surface Pro vs Surface RT to find out which is the best choice for the consumer in today’s market.

Obviously, in this comparison we not only focus on pure power, but also other important aspects that may decline the balance was a device or another. One of the best things that has to do with Microsoft Surface is launching two distinct products, depending on the needs of consumers do not have problems in choosing which device is best for them, but before we give them purely compare a look at each one and their different types of keyboards.

The Surface RT (479 €) is a pure tablet with Windows RT that allows users not only consume web content or applications, but also create desktop mode like a traditional computer deal, albeit with some limitations . 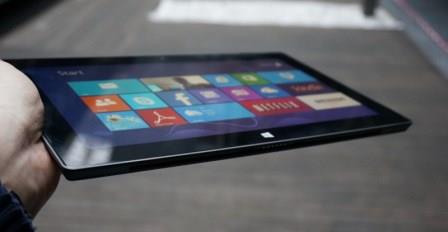 The design of the tablet is very nice, from the first moment you can see the quality of its magnesium chassis that makes it highly resistant to bumps, drops or scratches. Furthermore, these materials are very clean, and the tablet is always no fingerprints or dust. No tablet is thinner (0.94 cm) and lightweight (680 grams) market, but no matter, the device feels really comfortable in the hand thanks to the slope on the sides.

The kickstand is a good thing, take a stand as tough as this built-in aesthetic form own tablet offers a great advantage to the users who use largely multimedia capabilities of the system. In short, one of the best tablets in materials market!.

The 10.6 inch screen ClearType is not a wonder, indeed, is a rather poor display. Personally I’m pretty tired of seeing in the market for a few Windows 8 Full HD screen devices. On a tablet, a device that offers great mobility and where practically everything is screen having a resolution higher than your opponents is vital. What’s more, the brightness is too short to me, I see the colors too dull and unable to manage them as on other devices with Intel excellent panel.

Do not ask for the impossible, the Surface RT is a device with Quad-core processor NVIDIA Tegra 3 + 2GB of RAM and the consumer must know the limitations of the Microsoft operating system that acts on them. The device is aimed at a market rate very clear that nobody is going to buy the Surface RT tablet thinking it’s a powerful, because it is not the case. Personally I think the main problem is that it has joined the idea that we can access a traditional desktop with a tablet this is powerful.

Windows RT is not succeeding, it was a mistake for Microsoft since the first time was not explained clearly to users the benefits but also weaknesses of this system. Companies like Lenovo told us last week at the launch of their new product line that they will not go for Windows RT.

Maite Ramos, Director of Lenovo consumption Iberia, had clear ideas:Our consumers do not demand it and we will bet on this system for a long RT containing Office 2013 pre-installed.

But the problems do not end here Windows RT, indeed, in the coming months will increase due to an enemy that has just been officially introduced, the 4 th generation of Intel processors. These processors more powerful, cheaper and with a brutal reduction in energy consumption, precisely the strength of ARM processors are in all respects simply better.

Unlike his sister with Windows RT, we can analyze the Surface Pro (€ 879) from the point of view of a tablet, but a powerful ultrabook a revolutionary design. Indeed this device is thick (1.35 cm) and heavy (907 grams) to be the most comfortable tablet market. 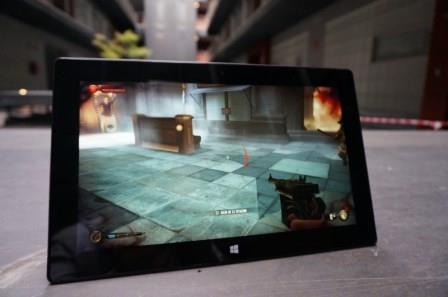 The design is almost the same as the Surface RT, just change the position of some ports and the addition of others. Also incorporated a groove around the entire tablet that serves to cool and remove the hot air released fans. For weeks I have been testing, I’ve noticed that when the Surface Pro is at full power overheats too with relative ease.

The kickstand has added a tab at the bottom that helps a lot more to deploy pin Surface compared with RT. The stylus that incorporates, and so fit that attaches to the tablet, works great. Make the most of the potential of design tools that are available on any device with Windows 8 Pro

The rear camera of both devices has a great detail, his inclination. The back of the tablets are always looking at the ground, however, with the tilt of the camera you will not need to put the tablet in an upright position, it will automatically be able to take pictures from a more comfortable position for the consumer.

The battery is too short, but that’s the problem of having a team of this size so powerful Intel Core i5 + 4GB of RAM plus a full HD. This same problem Dell has managed to solve the revolutionary design of its XPS 12, which allows the screen to rotate 360 ​​degrees without having to remove or separate it from the rest of the device, where a large battery.

Without fear of error, we can say very clearly that the Surface Pro is one of the top 3 devices complete ecosystem of products with Windows 8 we have available in the market today.

Surface family is complemented with two ultrathin keyboard types manufactured by Microsoft distinct among which the consumer must choose the TouchCover or TypeCover.

The TouchCover (€ 119.99), in my opinion too expensive, is a touch pad as its name indicates. The design is excellent, very cool with just 3.25 mm thick, but not recommended for users who need be constantly typing. It is true that costs especially at first, when our brain is accustomed to feel the press of a button to move to another, but personally I would choose. 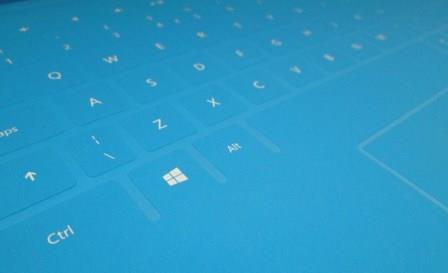 The bright colors of a principle that both call the view, are becoming more muted due to dirt. Possibly the worst of the keyboard is the trackpad, very poor, too small and not comfortable to the touch slider. Negative point!

Moreover we have to TypeCover (€ 129.99), a keyboard that more closely resembles traditional peripherals, suitable for consumers who need to be constantly typing.

Again we find a very thin keyboard (6 mm) weighing less than 250 grams. The materials of this keyboard change and are not nearly as easy to get dirty like his brother touch.

Uncomfortable enough not to find absolutely no separation between them and other keys. The new trackpad is very inconvenient in many ways, possibly the worst of the keyboard, but hey, remember that we’re dealing with devices that have touch screens, so you should see usage minimized. 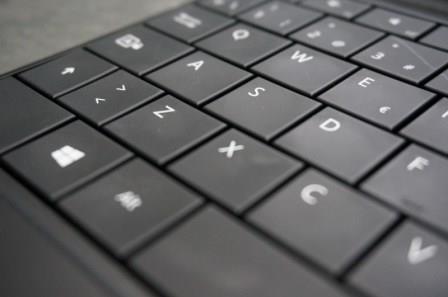 The magnets are excellent fasteners on both keyboards, surely well studied only sound they make by joining the device gives a sense of security. Easy to drop but incredibly strong, these unions are able to support the total weight of the devices even when performing sudden movements.

Positive also the recognition of the device, which goes to sleep automatically when we cover the screen with the keyboard cover, or the possibility of having turned our keyboard to not hinder use our experience as we subject the back of the tablet with the hands.

In short, after get in position and analyze the strengths and weaknesses of both products arrived at conclusions quite clear:

The Surface Pro is an expensive device that has to be studied from the point of view of a powerful ultrabook, therefore, a consumer needs to make the most of their potential, but no sense buying it. For its part, the Surface RT is a tablet in which not only have the opportunity to consume content but also create it from the traditional desktop but limited.

Regarding Microsoft keyboards also achieved facilitate decision to consumers. The TouchCover is a very cool keyboard, ultrathin and light, but not at all suitable for users who need be constantly typing. For its part, the TypeCover, a little more expensive, is a more traditional keyboard, also very thin and light but with which you can work in a productive way.