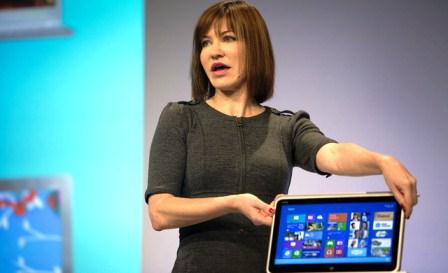 Microsoft Windows division boss Julie Larson-Green also admitted that all the people at Microsoft are aware of the consequences of changes in Windows.

Inevitably, Windows 8 is one of the most controversial product ever released by the software giant. As we all know, Microsoft made significant changes in Windows 8, so there are a number of users are having trouble when trying a new operating system was first.

“Every time make changes to Windows, there is always a good opinion was positive or negative. So we knew there would be controversy of something we did. Infact Windows 7, we made ​​a small change on the Start menu and taskbar and we heard a lot of about changing it even if only a little” said Julie Larson-Green.

Larson-Green stressed once again that companies are more open to consumer response.

She explained that Microsoft staff now read all the details about Windowos 8 on the web.

“We knew when we made the changes for Windows 8, we will hear various kinds. Fact we have been testing Windows 8 before we ship it” , she explained.

“I think there is not anything that we did not hear before we shipped, and since we shipped. We get millions and responses from millions of consumers every day “ she also said explained.