Apple Wins Trademark Usage iBooks:  Apple finally won a court decision regarding the use of the trademark iBooks. 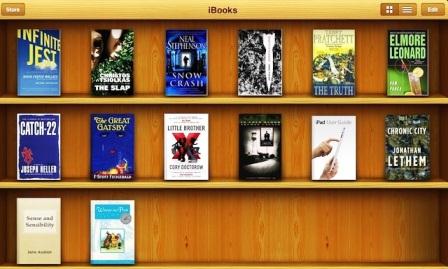 It was found that the iPhone and iPad manufacturer after fighting in court to the Black Tower Press in 2011.

IBook name itself is claimed as the name of the Black Tower Press obtained when buying other publishing companies.

iBooks is used to issue sci-fi novels and horror.

One State Judge United States (U.S.) Dennise Cote told the consumer not to be confused with the use of the same name in the two companies.

“They offer evidence that consumers who use Apple’s iBooks software download ebook believe that Apple is also included in digital book publishing business despite the fact that each book provides information on the actual publisher,” said Cote.

Judge Cote explained that the iBook refer to books sold through the internet while Black Tower also use it by using the light bulb illustration.

For your information Apple was first to use the name of obtaining lesensi it in 1999.

At that time the company’s use of a range of colored computers Apple iBook.

In 2010, Apple was able to purchase the entire iBook trademark.