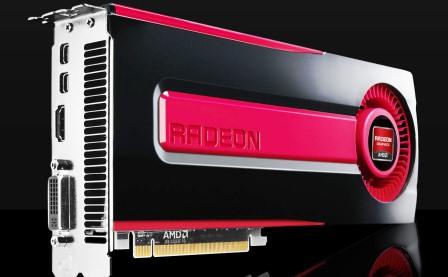 The major part of this hardware series is to provide best  racing graphics.

GPU 9000 series product line will be launched this year.

Rumors are circulating mention Volcanic Islands GPUs will be made with 20nm manufacturing technology.

In addition, this device is also designed to have a sophisticated transistor Gate-Last.

Specifications for the HD 9970, among others, has 4096 stream processors, four geometry engines, 256 TMUs, 16 serial processing units and 64 ROPs.

Regarding memory, this new hardware will be driven through a 512-bit memory bus and GDDR5 memory.

AMD has not revealed details about the details, it’s just outstanding information reveals HD 8000 series GPUs will be skipped entirely for desktop PCs.

Currently AMD has announced the HD 7990 graphics card. The graphics card is basically two HD 7970 devices are coupled together in a single board.

Touted ultimate graphics card from AMD is going to be a major competitor Nvidia GTX Titan. AMD Radeon HD 7990 graphics card powerful being that would be ogled PC gamers around the world.

The device will support a variety of game titles which carries a high specification PC.