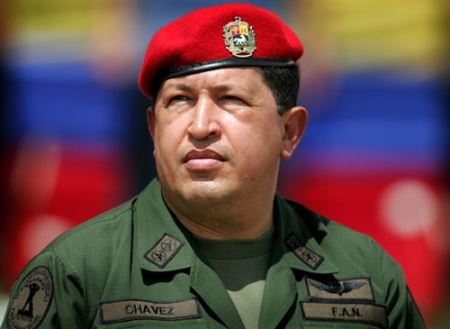 The president of Venezuela, Hugo Chavez, died on Tuesday at 16.25 (21.55 CET in Spain), 58 years old, after more than a year and a half battle with cancer, as announced in a televised address his ‘number two’ and potential successor, Nicolas Maduro.

“At four and 25 afternoon, March 5, deceased Commander President Hugo Chavez said Maduro, to convey to the public the” tragic “news. Died after” hard battle with the disease “with “the love of the people, with the absolute loyalty of his comrades.”

The Government has organized a “show special” Army and Police “to accompany and protect” the people and “ensure peace”. “The respect and peace must go hand in hand in this immense pain of this historic tragedy that touches our country today,” he asserted Maduro.

The vice president has called “channeling” pain “in peace, in peace” and has called for unity. “We will be worthy heirs of a giant man, as was and always will be in the memory Commander Chavez,” said Maduro, who has called on all citizens to be “vigilant for peace”.

Those who “did not accompany the commander never” Maduro also been asked to “respect the people’s pain” and has included them in his call for peace.

“Commander, where are you, a thousand times thank you for this part of town has protected you,” added Maduro, who has appeared, visibly moved, surrounded by other members of the Government.

Maduro has reported that “soon” will be released on schedule acts of “posthumous tribute” to the late president, but has launched a first call on the population to take to the streets of the country to express their “love” for Chavez .

Vice-President’s statement: ‘Hardest news we’ll ever give the People‘

“We came here to the military hospital to follow the sequence of our comandante president’s health. We were receiving information and we were accompanying his daughters, his brother, his family members and we received the hardest and the most tragic of news that we will ever transmit to our people. At 4:25 in the afternoon, today, the 5th of March, Comandante President Hugo Chavez Frias died.”

Hugo Chavez: His rise to power

28 July, 1954 Hugo Chavez Frias is born to a working-class family in Sabaneta in the state of Barinas.

1971 Enrols at the Academy of Military Sciences, graduates in 1975.

1982 Creates a new political cell within the army with two fellow officers. Called the MBR200 it is committed to overthrowing the “corrupt” political establishment.

1989 Now Lieutenant Chavez, he falls ill and is not called to suppress riots in Caracazo, which leave hundreds dead. Friends say his “missed opportunity” led him to intensify his preparations for a coup.

1992 Under Colonel Chavez’s command, soldiers loyal to the MBR200 try to seize key installations including the Miraflores presidential palace. The coup fails and he surrenders, giving a national televised address before being sent to prison.

1994 Receives pardon from President Rafael Caldera and is freed.

1998 Wins presidential election and promises to seek “third way” between socialism and capitalism.

1999 Venezuelans vote to accept a new Chavez-backed constitution, including renaming the country the Bolivarian Republic of Venezuela.

2004 Venezuelans overwhelmingly vote against a referendum asking if Chavez should leave office.

2008 Chavez orders US ambassador to leave, accusing him of conspiring against his government.

2011 Undergoes surgery in Cuba for pelvic abscess. Confirms he had a cancerous tumor removed.

5 March 2013 Chavez dies after a battle with cancer.