King Richard III Skeleton Found Under The Parking Lot in The City of Leicester: British researchers have concluded that they correspond a skeleton, consisting of a skull and a curved spine being divided, buried under a parking lot to the Ricardo III King of England, solving a mystery that dated back 500 years: that of the final resting place of the last English King died in a battle. 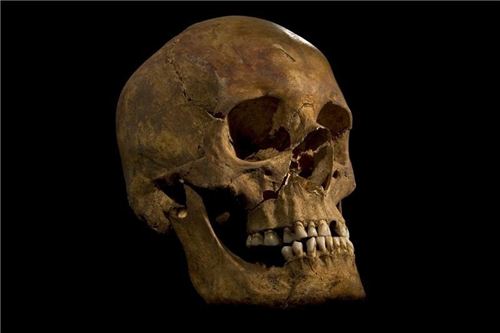 Details of the findings were released hours after DNA tests came in late Sunday. The 500-year-old remains were discovered five months ago, using ancient maps and records to uncover the ruins of the old friary where Richard III was laid to rest.

“It is the academic conclusion of the University of Leicester that beyond reasonable doubt, the individual exhumed at Greyfriars in September 2012 is indeed Richard III, the last Plantagenet king of England,” Richard Buckley, lead archaeologist of the University of Leicester, said at the announcement Monday in the city 90 miles northwest of London.

Richard III, represented by William Shakespeare as a monstrous tyrant who murdered two Princes in the Tower of London, died fighting against its eventual successor, Enrique Tudor, in the battle of Bosworth Field, which occurred in the Centre of England in 1485.

A team of archaeologists and historians from the University of Leicester, said that the evidence showed that a skeleton which was found last year during excavations of a medieval convent under an est actuation in the city is actually that of the deceased King.

Richard Buckley, the archaeologist who heads the project, said conclusively that the remains belong to Ricardo.

To obtain these results, researchers found that the DNA taken from the body matched Michael Ibsen, a furniture manufacturer of Canadian origin based in London that genealogists say was descended directly from the sister of Ricardo, Ana de York.

The skeleton showed signs of injuries consistent with wounds received in battle, caused by a pan of sheet that apparently golpeola back of the skull, while metal barbed arrowhead was found between the vertebrae in the upper back of the skeleton.

Although the results can solve the riddle about Richard, the last Plantagenet King of England remains a complex figure, whose life, made famous by Shakespeare, deeply divided opinion among historians in Britain and abroad.