Emma Watson Defends Kristen Stewart’s Infidelity: It has been seven months since Kristen Stewart confess to having been unfaithful to Robert Pattinson with film director Rupert Sanders. 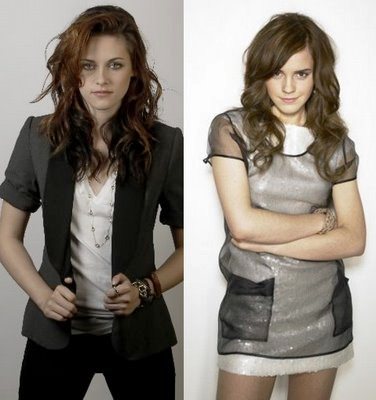 But we’re still finding reactions that were considered the ‘drama of the summer’.

The last to review this tricky issue has been the actress Emma Watson , who has confessed her support for Kristen Stewart during an interview with the Italian edition of Vanity Fair .

“Those who criticize are the same people who think that because you’re rich and famous have super powers that do not have any problem in your life,” said Watson.

Then the actress Harry Potter accused the media of trying especially badly Kristen , which for Emma is very unfair. “Kristen is also human, everyone makes mistakes, everyone.’s not fair to consider these matters of public interest “ she said.

As we see, few celebrities have managed to stay out of this story. Remember how Lady Gaga and Charlize Theron, among others, and commented on it.

Well to defend Kristen , as was the case with the Mother Monster , or to criticize, as did Charlize Theron , who said she felt “betrayed”.