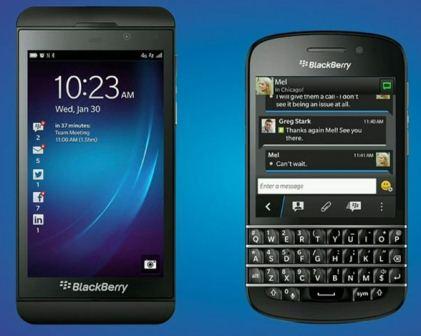 Research in Motion, now renamed BlackBerry, has introduced its new and highly anticipated operating system. The company aims to regain lost ground and has completely redesigned its operating system, which features a new design and special features as Flow.

To kick off the new BlackBerry 10 the company has created two new smartphones. The first is the BlackBerry Z10, a phone that renounces traditional physical keyboard Canadian brand. The BlackBerry Z10 has a 4.2 inch screen with 356 dots per inch.

Although BlackBerry has opted for touch screens, the company has not forgotten the traditional tastes of its users. In fact, the CEO of BlackBerry, Thorsten Heins, has acknowledged that there are still “many lovers of physical keyboards.” Therefore, the company introduced BlackBerry Q10, a ‘smartphone with QWERTY keyboard and the new mobile operating system. 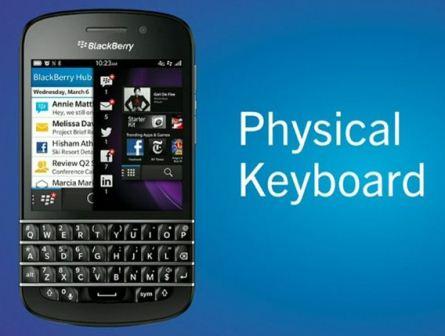 BlackBerry Q10 is the first ‘smartphone’ BlackBerry 10 that will feature physical QWERTY keyboard. BlackBerry has confirmed the launch of the device, which has the largest touch screen used by the company in a terminal with this type of keyboard.

Presenting BlackBerry 10 has served to see the first phones that integrate the new system. The first to hit the market is the BlackBerry Z10, which opens in a few hours in the UK. However, the touchscreen device will not be the only one to demonstrate the potential of BB10 will be launched in April and the alternative.

BlackBerry Q10 is a ‘smartphone’ with physical Qwerty keyboard. Since RIM has explained that there are still many users interested in this type of keyboard, so have opted to launch a model with these features with BlackBerry 10.

The device also has a 3.1-inch touchscreen, which promises to be an ideal complement to the physical keyboard. BlackBerry has unveiled the video the new terminal, demonstrating its capabilities and features.