Samsung Launches LED TV: OLED And Models With New Ultra HD, Samsung has introduced at CES 2013 its new range of smart TVs for this 2013. South Korea has decided to expand two of its major divisions, LED and OLED, and also introduced the new Ultra High-Definition (UHD) with 4K resolution on a TV reaches 85 inches. 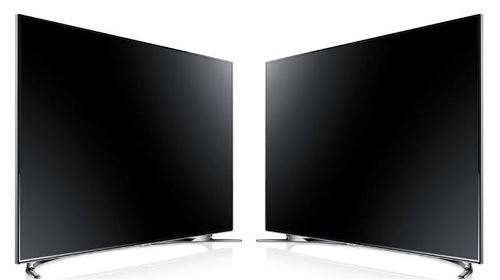 Samsung continues to focus on one of the divisions that provide more benefits to the company, televisions. Under the 2013 CES, held this week in Las Vegas, the highest contrast has not only shown the new in the field of LED TVs and OLED technology but has also introduced a new technology that promises “Regarding the Future home Entertainment Display ” technology Ultra High-Definition.

This technology is built into the TV Samsung S9. This TV has a 4K resolution using a quad core processor. The S9 incorporates television, according to Samsung, features to ensure the best possible image quality regardless of the source video. The scale engine system owned by Samsung technology can convert HD or Full HD image quality UHD.

Besides the quality of the image, the S9 combines powerful sound system with a fast quad-core processor to ensure a quality experience and content capabilities and multitasking between applications. The S9 comes with 3 channels 2.2 channel.

Design-wise, the main feature of this new Samsung TV is that it has a second frame in integrating the screen, which gives the feeling of floating within the frame. In addition, Samsung has ensured that in future UHD TVs even reach 110 inches.

As for OLED technology, Samsung has introduced at CES 2013 the F9500. This new TV incorporates the highest contrast with Multi-View feature already present in ‘smartphones’ and ‘tablets’ of the company.

This feature allows two people the chance to see a completely different Full-HD content simultaneously on the same screen with its corresponding audio simultaneously. This feature is enabled in the Samsung 3D goggles that incorporate personal speakers providing stereo sound for clear viewing.

The new F9500 offers significantly higher contrast ratio that provides unprecedented detail in the shadows, shapes and subtle colors, even in the darkest scenes. Offers the most impressive experience no motion blur, the company.

Within its LED technology, South Korea has introduced two new models of televisions: the F7500 and F8000, to offer one of the best viewing experiences available.

The F8000 offers more vibrant colors and richer, higher contrast and a brighter image quality than ever. With Micro Dimming Ultimate technology, the TV line provides higher contrast, deeper black levels and the maximum brightness of the 3D image.

The F8000 is the first Smart LED TV with a quad core processor, so consumers can switch between applications, online services and on TV quickly and easily. It will be available this year at 46, 55, 60, 65 and 75 inches.

For its part, the F7500 has a unique design with rose gold accents, creating sophisticated lines at its base. This design perfectly combines technology with image quality Samsung Micro Dimming Pro technology, which provides more clarity and contrast, deeper blacks and crystal clear colors, according to the company.

The F7500 also includes a quad-core processor that enables intelligent interaction and other advanced features and is available in 46, 55 and 60 inches.