G-Dragon Shows Monotonous Kpop Always impress with a unique Style: G-Dragon is not afraid to express his thoughts and Style when Kpop just busy ‘turn’ in certain genres. 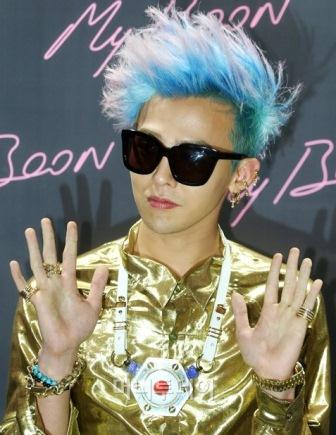 Recently, in a press conference held before the concert Big Bang Alive Galaxy Tour: The Final took place in the Gymnastics Stadium, G-Dragon said, he felt very happy and touched to witness many fan with enough different religions, languages ​​and sing the songs of Big Bang in Korean.

Besides, he frankly made the comment about Korean music at the present time: “Frankly, I think the genre in Korea are limited compared to other countries. During making music, I try not to think much about the genre to appeal to the masses. I listen to songs from many different genres than the songs Korea changing dizziness “.

G-Dragon also expressed a desire to Korean music can “go back to the era we create impressive songs and recall memories. In some countries, the songs are all well received, including after two, three months or even half a year after the song appeared. ”

This expressed his sadness about the Korean music market typically revolves around certain kinds of music and some new songs.