Aaron Swartz: The Creator of “RSS” Committed Suicide: A programming legend, the creator of the first version of RSS , which transmits updates of publications, Aaron Swartz, has committed suicide at age 26 on Friday, officials said Saturday. The activist and computer genius was facing criminal charges for fraud. 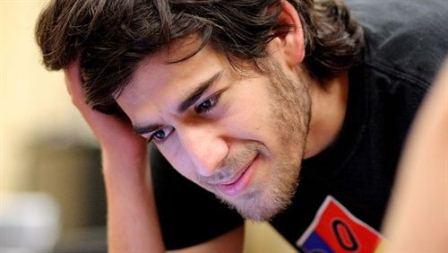 Police found the body of Swartz in his apartment in the New York borough of Brooklyn on Friday, according to a spokesman at the medical center of the city. This said the cause of death was suicide by hanging.

Swartz is widely known for being the co-author of the specifications for the Web feed RSS 1.0 format that performed at age 14, according to a blog post of his friend, the science fiction author Cory Doctorow, this Saturday.

RSS, which stands for Rich Site Summary, is a format for delivering content to users of the sites are constantly changing, for example, news sites and blogs. Over the years, this system has become an icon online to help gather information publicly available. It also estimated 19 million pages of documents from federal court jurisprudence PACER system.

“Information is power. But like all power, some people want to keep it for themselves,” Swartz wrote a “manifesto” dated 2008.

“The scientific and cultural heritage of the whole world, for centuries published in books and magazines, is increasingly digitized and enclosed by a handful of private corporations … sharing is not immoral, it is a moral imperative. Only those blinded by greed refuse a friend you back, “he wrote.

That belief, that information should be shared and available for the good of society-led Swartz found the nonprofit group DemandProgress. The group led a successful campaign to block a bill introduced in 2011 in the U.S. House of Representatives, a law to stop online piracy.

The bill, which was withdrawn due to public pressure, would have allowed the judiciary to restrict access to certain web sites that are considered illegal exchange participant of intellectual property. Swartz and other activists opposed alleging that would give the government broad powers to censor and smash web communication.

But Swartz has faced several problems since July 2011, when he was indicted by a federal jury of wire fraud, computer fraud and other charges related to the alleged theft of millions of scholarly articles and journals of a digital file, at the Technological Institute Massachusetts (MIT).

According to the federal indictment, Swartz, who was a student of the Center for Ethics Edmond J. Safra Harvard University, used the MIT computer networks to steal more than four million articles from JSTOR, an online archive and daily service distribution.

JSTOR did not press charges against Swartz after the digitized copies of the items were returned, according to media reports at the time.

Swartz, who pleaded not guilty to all charges, he faced 35 years in prison and a fine of one million dollars (749,356 euros) if declared guilty. He was released on bail. The trial was scheduled for later this year.

In a statement released on Saturday, the family and the couple of Swartz praised his “brilliant” and “deep” commitment to social justice and stated that decisions made at MIT by prosecutors contributed to his death.

“Aaron’s death is not only a personal tragedy.’s The product of a criminal justice system plagued by intimidation and overreaching prosecution,” said the statement.

“The U.S. Attorney’s office charges followed a series of exceptionally hard, potentially leading to more than 30 years in prison to punish an alleged crime victims who did not,” he added.

A spokesman for the U.S. Attorney’s office said he wanted to respect the family’s privacy and “did not feel it was appropriate to comment on the case at this time.” Meanwhile, MIT could not be reached for comment.

Swartz’s funeral is scheduled for Tuesday in Highland Park, Illinois. On Saturday, the tributes began online. “Aaron had an unbeatable combination of political acumen, technical and intelligence on people and problems,” wrote Doctorow, co-editor of Boing Boing weblog. Doctorow wrote that Swartz suffered “problems with depression for many years.”

Swartz also played an important role in building the news website Reddit, but left the company after it was acquired by the owner of Wired magazine, Conde Nast. Recalling that moment of his life, Swartz described his struggle with sad feelings.

In an online account on his life and work, Swartz said had become a “miserable” after going to work at the offices of San Francisco when Reddit was acquired by Wired.

“I took a long Christmas holiday,” he wrote. “I was sick. Thought about suicide. I ran from the police. And come Monday morning, I called the resignation” he said.

Meanwhile, Tim Berners-Lee, who is recognized as the most important figure in the creation of the World Wide Web, Swartz has commemorated in a post on Twitter on Saturday.

“Aaron is dead,” he wrote. “Wandering the world, we have lost the greatest sage. ‘Hackers’ rights, we are one less. Parents of all, we have lost a child.’re Going to mourn,” the ‘tweet’.