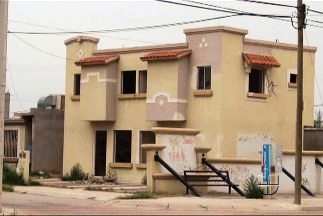 War between drug cartels caused the abandonment of a people: The dispute between organized crime groups for control of the area bordering the states of Zacatecas and Jalisco.

Such is the case of the municipal seat of Chimaltitán, located in the north of Jalisco, where for the past three years, the population declined to 600 thousand inhabitants.

After a tour conducted by reporters from the Mexican newspaper El Universal, it was verified that the entry of this resort, just under 200 kilometers from Guadalajara, two vigilantes organized crime group that controls the square known as hawks-that receive strangers, who photographed and betray by cell phone calls.

Do you think this case is repeated in several regions of the country?

It should be noted that this area, considered step in the transfer of marijuana to the north entities is disputed by two criminal gangs, Los Zetas and the callers Chapos or Chapitos, result of a partnership between members of the Pacific cartel, led by Joaquin “El Chapo” Guzman and the Gulf cartel.

In an empty square located about 20 meters from the police station, lies a place that distributes apocryphal record only those produced by the criminal group that controls the plaza.

We do not accept outsiders

Interviewed by the Mexican newspaper, a 60 year old woman told how the village was scared to death. “Just look around the square and count the bows. Much I have a business here and pay no rent for three years.’s Owner will not come to collect, and does not want to settle, because it says it’s dangerous and someone could realize. afraid, that’s here. Those who leave do not come back, “he said.In turn, a 70 year old man noticed a bad omen for those who are not Chimaltitán and become identified by those who know as the square. After a few minutes the man is silent, worried.

When removed, the woman that this man’s son was murdered months. The murderer rented a room for two weeks to two houses away from the home of his victim. The day of the event the offender waited for the man to be alone on the farm to make him go out and kill him.

Meanwhile, local and state authorities indicated that in the north of Jalisco, Zacatecas bordering, there were 30 murders in facts apparently linked to organized crime in 2012.

Of that number in Chimaltitán occurred 16 deaths, 13 cases in multihomicidios.

Those who do not pay are killed

Among those who know the local politics that have Chimaltitán was the only municipality in Jalisco that campaigns suspended before the time set by the electoral calendar for the past process, by shooting attack on a group of militants that left two dead and two injured.
As they walk through the empty streets, villagers tell other stories that prompted many to leave.

“Here, near the town hall, two years ago, in 2010, Los Zetas tried to extort money from a man. He rented machinery. Took him.

Charged almost a million pesos and went to throw bagging across the bridge” , has a 35 years. She says that others who refused to pay ransom died. There were also those who after being freed, fled.