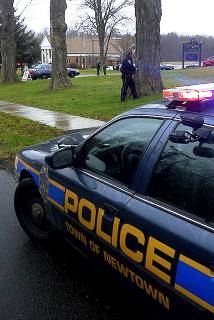 Connecticut schools closed by armed suspect: Schools in the town of Ridgefield, Connecticut, about 32 kilometers from the town of Newtown where the shooting occurred last Friday that left 28 dead, closed Monday by the presence of an armed suspect.

A man with a rifle was in the vicinity of a train station, said local media.

The owner of the Ridgefield school system, Deborah Low said in a statement that several school buses were diverted while police are looking for a man who has not been identified yet.

“There is a report of a suspicious person who may or may not be armed,” he told reporters Lt. Paul Vance of the Connecticut State Police.

Among those killed in the shooting at Sandy Hook Elementary School in Newtown last Friday were 20 children, in addition to the gunman identified as Adam Lanza, who before going to school to perpetrate the slaughter murdered his mother.