Rovio Announces Angry Birds Movie: Rovio confirmed the Start of the film Production Angry Birds. The film will hit theaters in 2016 and already has part of its development team. Thus, the company crosses a barrier and leads his angry birds to the big screen. The company has used the third anniversary of the launch of their game to make the announcement. 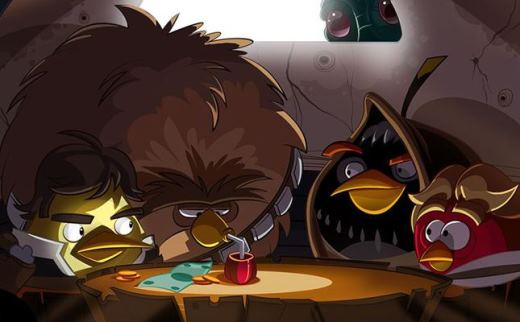 Just this December 11 marks the third anniversary of the first game of Angry Birds. The game has grown huge, becoming an icon and a recognized brand worldwide. Different deliveries have grown to Angry Bird, who crossed the world to reach mobile browsers, social networking and marketing products of all kinds.

Rovio has also managed to bring the Angry Birds board games, comics and does not agree with that. The company has confirmed that they have already started work to produce a film based on the series, which will hit theaters in 2016. Rovio have taken advantage of the third anniversary of the launch of its first game to make this important announcement.

“John is an exceptionally talented producer and we are delighted that you have joined the team. With John as producer and David’s experience in establishing and running successful study, are the ideal equipment to make a film outside the studio system. Both professionals have the skills ideals and vision to accomplish amazing things, “said Rovio CEO Mikael Hed.

Since Rovio have highlighted that aim to produce and finance the film “outside the studio system,” so that they can maintain complete creative control. This is the first film project of Rovio. However, since the company considered that have already proven their talent in the products launched so far and so confident that his film will rise.

With this jump the Angry Birds is out to conquer one of the last territories that do not participate. By the time the plot and the bill of the film are unknown, that surely Rovio slowly unravels in the face of 2016.